Many crypto adepts believe that blockchain-based systems and the emerging crypto economy would force out the state system in the future, and national currencies will cease to exist. However, the authorities of many countries began to think about how to integrate cryptoeconomics into the traditional one, and some have even released their own state cryptocurrencies. Does the crypto national currency have a future? BNT tries to figure out.

Pioneers in the creation of national cryptocurrency

The first country that decided to conduct such an experiment is Tunisia. In 2015, the government released the world’s first national cryptocurrency called eDinar (Digicash or BitDina). Digital payments, money transfers, bill payments and salary payments are processed via this currency.

A year later, the authorities of Senegal, together with Banque Régionale de Marchés (BRM) and eCurrency Mint Limited, issued the eCFA crypto coin, which became another means of payment on a par with the African franc CFA franc. eCFA is fully dependent on the national banking system and is supported by the Central Bank.

In 2018, Venezuela announced the release of El Petro cryptocurrency, which, in essence, is a contract for the purchase of a barrel of oil via the blockchain. According to the statements of Nicolas MADURO, more than 5 bln barrels of oil from the Ayacucho region were allocated for the maintenance of the coin.

Also last year the release of the national cryptocurrency of the Marshall Islands Sovereign  was announced. It should become another legal means of payment, and in the future — the only national currency.

In order to mitigate the effects on the economy after being disconnected from SWIFT, Iran issued the PayMon cryptocurrency in early February 2019. The coin is backed by gold reserves, and it is supposed to be used for the tokenization of the financial institutions’ assets.

Along with these countries, the leaders of the world economy, such as USA, China, Japan, Sweden, the United Kingdom, as well as Estonia, Uruguay, Kazakhstan, Russia, Dubai, and Ecuador, were also thinking about creating a national cryptocurrency.

The authorities plan to improve the economic situation through cryptocurrencies

As we can see, countries with weaker economies are busy releasing their national cryptocurrencies. Their authorities hope to gain the independence of their economic and political systems, as well as ensure economic growth with the help of crypto coins. For example, President of the Marshall Islands Hilda HEINE hopes that Sovereign would reduce the country’s dependence on US influence.

Venezuelan authorities were planning El Petro to reduce inflation in the country and to contribute to economic growth. However, according to a Reuters study, the oil field allocated to support El Petro is not being developed, and the cryptocurrency is in fact not backed up and is not represented on any significant stock exchange. In addition, according to experts, there is a possibility of manipulating the national cryptocurrency, when the news of El Petro’s oil reinforcement turned out to be a false demonstration of the country’s energy reserves. This currency acted as an attempt to reduce the role of the dollar in oil trade and to assist in the recovery of the country’s crisis economy. However, in the light of recent events and the political crisis in Venezuela, the project with the national cryptocurrency is probably doomed to failure.

Experts believe that the cryptocurrencies of Senegal and Tunisia will help standardize currency exchange processes, which will attract more investors to countries and increase the efficiency of trade with partners in the region.

Do national cryptocurrencies have a future?

Speaking about which national cryptocurrencies have a future, Arthur IBRAHIMOV, a lawyer at Prifinance, noted there should be reasons behind creating state cryptocurrency:

“If the main goal of creating cryptocurrency is to control the market inside the country, to get even more control over the financial operations of its citizens, then there is not many prospects for such a currency. If a currency is created to ensure greater convenience of transactions, then such a currency will have much more prospects.”

Let’s consider Sweden as an example. Cash in Sweden is gradually coming out of circulation, fewer and fewer people use it. And to ensure greater convenience in the transactions, the local National Bank is considering the possibility of issuing its own digital currency.

The creation of cryptocurrencies by state institutions is not an economically viable task itself, says Alexey POSPEKHOV, an expert in the field of blockchain and cryptoeconomics, adding:

“Reducing transaction costs when using non-cash means of payment can be achieved by implementing the proper technological and regulatory solutions. The introduction of cryptocurrency with real security will significantly reduce transaction costs and the cost of maintaining the entire financial ecosystem.”

Sergey ARESTOV, the founder of BitCluster, believes that in the short term, governments will not go for the creation of decentralized currencies, as this would mean a loss of control over emission:

“Nevertheless, there are some centralized solutions that can be useful for the state and residents of the country. More specifically, the creation of a centralized state-controlled currency on a smart contract. This will allow the use of currency with a low commission and fewer restrictions, which is more convenient and easier than banking services.”

What problems can be solved by state cryptocurrencies?

“As a result of the creation of a national cryptocurrency, the country is able to make the internal financial system and tax reporting more transparent, as well as increase the reliability and speed of transactions,” said Ruslan YUSUFOV, managing partner of Mindsmith.io.

The expert identifies the following features of the national cryptocurrency:

The process of introducing cryptocurrency in the national and world economic systems at this stage will consist of trial and error. In order to unleash the full potential of digital tokens and identify their benefits for the traditional economy, it is necessary to consolidate the efforts of the world community, financial institutions, international organizations, government bodies and regulators.


Found a mistake? Select the text and press CTRL+ENTER 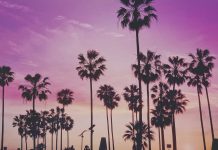 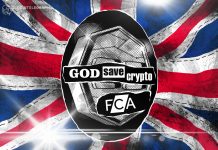 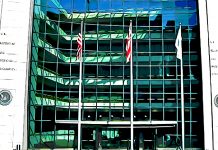 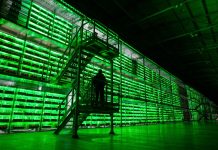 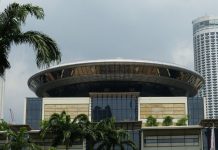 The Case for a Cryptocurrency CFDs Ban