CoreData surveyed 400 retail investors as part of its research and found that 40 per cent of millennial respondents would add cryptocurrencies to their pension portfolio if given the chance.

As a society, we are at risk of a whole generation finding out too late that they haven’t saved enough for retirement through their working lifetimes

Gold and silver remained the most popular among a list of alternative assets, with 45 per cent of all respondents picking them. A third of respondents would add buy-to-let residential property, while 24 per cent would invest their pension in frontier markets.

Almost a quarter (23 per cent) would pick rare earth metals, around one in five (19 per cent) opted for farmland or timber, 18 per cent chose medicinal cannabis, and 17 per cent wanted vegan products.

Of those who were reluctant to choose the less conventional assets, almost half (43 per cent) said they would be concerned about an unregulated product that could be vulnerable to fraud, while more than a third (38 per cent) were concerned that the risks involved were not fully understood.

Andrew Inwood, founder and principal of CoreData, said: “These findings show pension investors have an appetite for more alternative and exotic investments, but also recognise the potential risks.

“Pension holders can gain indirect exposure to some of these areas through a growing number of funds and [exchange traded funds]. But cryptocurrencies are off the menu for now – these are largely unregulated and volatile assets and the [Financial Conduct Authority] has already sounded an alarm bell over the risks they pose to retail investors.”

“As a society, we are at risk of a whole generation finding out too late that they haven’t saved enough for retirement through their working lifetimes. This issue will be compounded if, on top of low rates of saving, there are large numbers of people investing in speculative assets that could suffer a large write-off in value,” he said.

Though he acknowledged that cryptocurrencies “may well have a long-term part to play in financial markets”, he cautioned that “even developed market currencies themselves are not long-term investments”.

“No matter how good a cryptocurrency might be, it is not a sound long-term investment for retirement. At best, they may in time be considered a potential short-term store of value, but we are a long way from that currently given the price volatility.”

Willis argued that the solution to long-term growth in savings is “good-quality, long-term investments based on sound principles of investing money in projects that lead to wealth generation, which the investor then participates in”.

“This then needs to be highly diversified to offer the necessary safety net,” he said.

“This approach to investment works time and again and is the foundation of a capitalist economy. As a rule of thumb, if you can only make a return out of an investment at the expense of someone else losing, it is probably not a good investment.”

LCP consultant Nikki Matthews told Pensions Expert that even bitcoin, the most well-known cryptocurrency, currently lacks the properties of a financial asset.

The consultancy set out four tests when considering whether it should be considered as an asset class, and these showed bitcoin has no income, no contractual claim to crystallise value (unlike loans, for example), no inherent value (unlike industrial commodities), and remains unregulated, therefore potentially more susceptible to fraud and theft.

The FCA recently declared that Binance, one of the larger cryptocurrency exchanges, was not cleared to carry out FCA-regulated activities.

Though the watchdog does not currently regulate cryptocurrencies, and Binance is based overseas and so outside its purview, commentators read the FCAs announcement as a sign that regulators were taking an increasingly critical interest in cryptocurrency markets.

Critics of cryptocurrencies have long highlighted its extreme volatility, with the prices of several coins — most notably dogecoin — experiencing dramatic swings in value whenever Elon Musk takes to Twitter.

“To actually make a long-term allocation to bitcoin in our client portfolios, alongside other major assets we would have to be satisfied that it had credible expectations of returns, and made sense from a risk and correlation perspective — as we would for any asset class. It would also need to make sense for each specific client’s objectives,” Matthews said.

Arguments have been made for holding bitcoin as a hedge against inflation, he added. “Some investors are concerned that inflation could reduce the real value of currencies globally, and the modern monetary system — with no backing of those currencies with gold — makes it fairly easy for governments to devalue their currencies.”

However, he said that LCP has “not seen evidence that cryptocurrencies can take on gold’s role as an inflation hedge”.

Should pension schemes invest in cryptocurrencies?

It has been mooted that cryptocurrencies such as bitcoin could rival gold as an investment, but what are the main issues trustee boards need to consider before allocating to the asset class?

One argument is that should bitcoin experience wider adoption among institutions and individuals, its value will rise, Matthews continued.

Though bitcoin remains unregulated in the US, and bitcoin ETF trading on a major US exchange has not yet been authorised, “there appears to be plenty of demand from individual investors for this judging by the success of other funds”, he said.

But he added: “We believe ‘not for now’ when it comes to considering bitcoin or other cryptocurrencies for our clients. However, we will continue to monitor developments, as a change in its regulated status could help move its status to a more mainstream financial asset.” 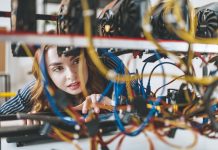 Should Cryptocurrency Investors Be Concerned About the Rise of Central Bank Digital Currencies? | The Motley Fool 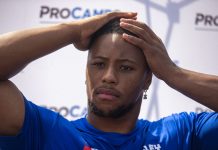 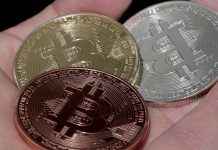 Bitcoin Is Slumping. The News Out of Europe Is Mixed and Congress Is Circling. 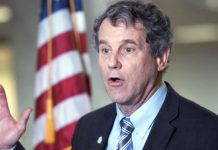 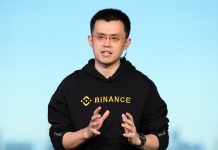