The apparent outcome of the U.S. presidential election has had a negative impact on the crypto market. The main cryptocurrencies (Ethereum, XRP, Litecoin) show red figures, presenting losses ranging from 3% to almost 9%. Bitcoin has not ended the upward movement yet, the overall sentiment remains bullish.

Wall Street veteran and crypto trader Tone Vays has been upbeat about the outlook for Bitcoin. Vays believes Bitcoin’s ability to stay above $15,000 will be critical. Holding this level he believes could push BTC’s price to a new all-time high. Losing it will be the indicator of the beginning of a correction. Vays said:

Trader Josh Rager has a similar prediction to Vays for the short term. A price recovery above $15,300 will “keep confidence” that Bitcoin won’t continue to fall. A confirmation of the upward trajectory will require Bitcoin to recover around $15,700.

Bitcoin may undergo a parabolic 2021, as it did in 2013 and 2017, if previous patterns play out again. New highs are a next potential iteration and may be only a matter of time unless something we don’t foresee trips up the trend of greater adoption and demand vs. limited supply. 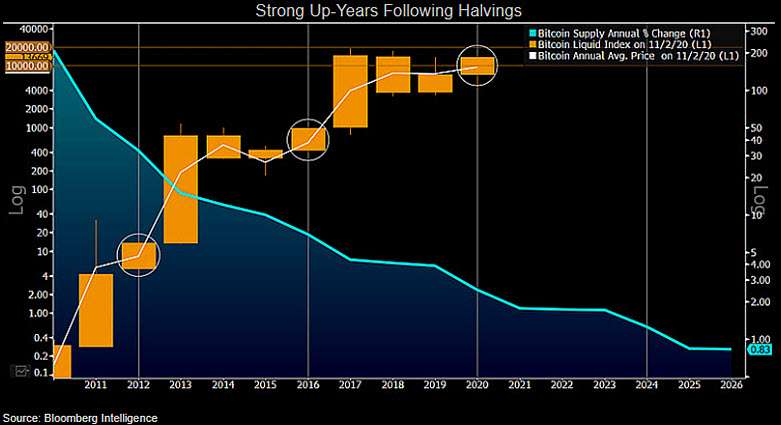 For his part, analyst Willy Woo has referred to the recent Bitcoin rally as the “most organic” he has seen in years. To support his claim, Woo based his claims on the amount of BTC that have come out of the exchanges. This metric is the “highest in 5 years,” according to Woo.

Additionally, there has been a significant increase in the number of new BTC holders. As shown in the graph below, new Bitcoin addresses with unique users grew to “never-before-seen” levels. Woo like Vays finds the funding rate in derivatives to be very bullish:

Not expecting a blow off top. Waiting for a consolidation to complete, then more bullish action.