At the moment, LTC’s price is up $0.45 (0.82%) from the hour prior. It’s been a feast for bulls operating on an hourly timeframe, as LTC has now gone up 4 of the past 5 hours. Regarding the trend, note that the strongest trend exists on the 50 hour timeframe. The moving averages on the hourly timeframe suggest a choppiness in price, as the 20, 50, 100 and 200 are all in a mixed alignment — meaning the trend across timeframes is inconsistent, indicating a potential opportunity for rangebound traders.

The back and forth price flow continues for Litecoin, which started today off at 53.14 US dollars, up 13.23% ($6.21) from the day prior. As for how volume fared, yesterday’s volume was up 377.89% from the previous day (Tuesday), and up 470.02% from Wednesday of the week before. Litecoin outperformed all 7 assets in the Top Cryptos asset class since the day prior. The daily price chart of Litecoin below illustrates.

First things first: Litecoin crossed above its 20, 50, 100 and 200 day moving averages yesterday. The clearest trend exists on the 90 day timeframe, which shows price moving down over that time. Traders will also want to note, though, that a counter trend — meaning a trend going up — can be seen on the 30 day timeframe. This may setup an interesting opportunity for traders looking to sell rallies in anticipation of the primary trend resuming. Also of note is that on a 14 day basis price appears to be forming a base — which could the stage for it being a support/resistance level going forward. For another vantage point, consider that Litecoin’s price has gone up 18 of the previous 30 trading days.

For laughs, fights, or genuinely useful information, let’s see what the most popular tweets pertaining to Litecoin for the past day were: 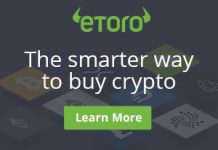 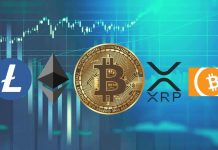 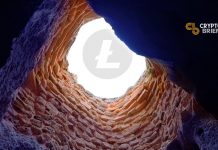