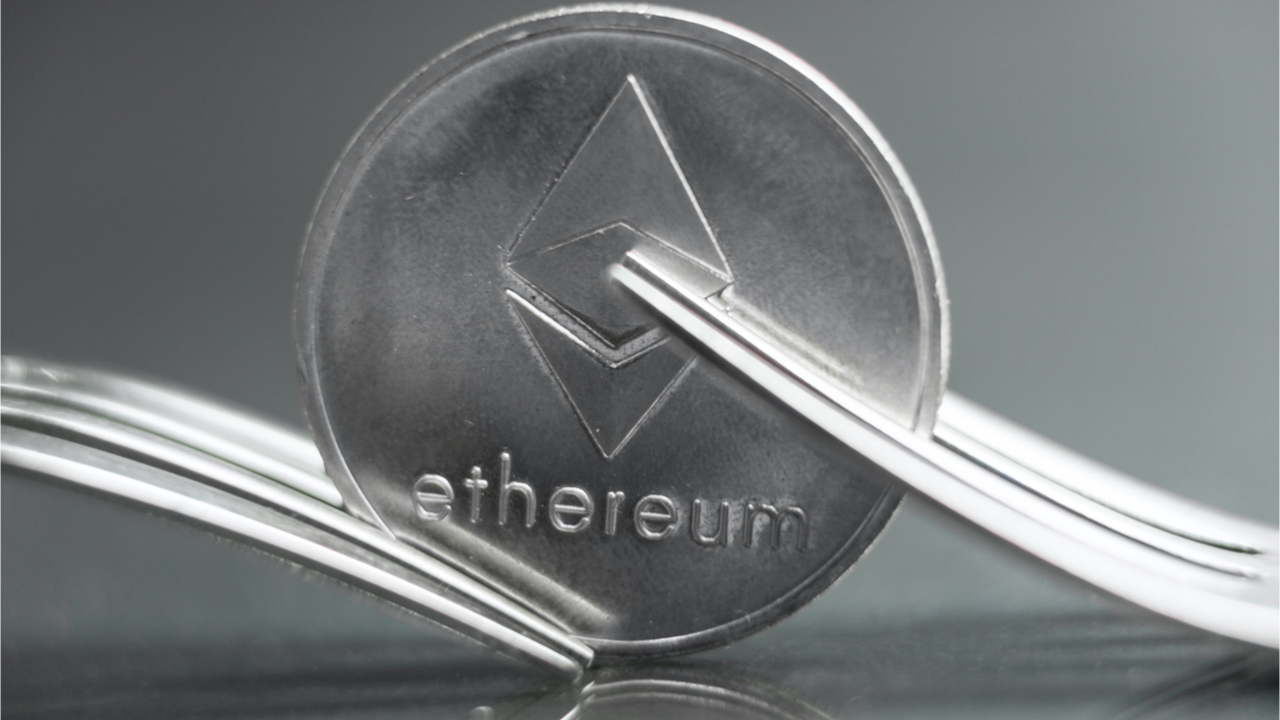 The world’s second-largest cryptocurrency network, in terms of market capitalization, Ethereum, saw a chain split today as a software bug affected a large quantity of full node clients. In mid-August, developers discovered a vulnerability and distributed an update called “Hades Gamma” to resolve the problem. However, a large number of full node clients did not leverage the patch and the network forked.

A number of reports and data from analytical web portals show that the Ethereum (ETH) blockchain has split into at least two versions as a number of Geth nodes did not update to the correct chain. The Twitter communication channel for the Ethereum network called “Go Ethereum” tweeted about the incident on Friday afternoon.

“A chain split has occurred on the Ethereum mainnet,” the Go Ethereum Twitter account said. “The issue was resolved in the v1.10.8 release announced previously. Please update your nodes, if you haven’t already.”

Etheruem developers discovered a vulnerability and subsequently released a patch in mid-August. The patch is called Hades Gamma and it was a “hotfix release to patch a vulnerability in the EVM (CVE-2021-39137).” The blockchain fork, of course, caused it to be a very topical conversation in the crypto universe. For instance, Lucas Nuzzi, tweeted:

Ethereum has split into at least 2 versions and only a third of Geth nodes are in the ‘correct’ chain. The full impact is unclear at this point, but Openethereum may have also been indirectly impacted. Block difficulty has dropped 10% over the past few hours.

Geth Clients Told to Upgrade Well Before the Chain Split

The old version of the Geth client is used by more than 70% of the Ethereum network’s nodes. On August 24, the Twitter account Go Ethereum told the public about the upgrade and said: “Heads up. Geth v1.10.8 is out, fixing a security vulnerability in all live versions of Geth. All Geth users need to update. Further details will be provided at a later date to avoid attacks on Ethereum and downstream projects.” Go Ethereum added:

This issue has been allocated CVE-2021-39137, and a Github security advisory (to be filled in later) [has] been published at [Github].

The founder of Yearn Finance, Andre Cronje, also discussed the situation on Twitter. “Fork between latest Geth and older Geth on mainnet,” Cronje said. “Stay away from doing [transactions] for a while till confirmed, unless you are sure you are submitting to latest Geth. Go for a walk outside, we all need it.”

What Is Yield Farming? The Rocket Fuel of DeFi, Explained –...