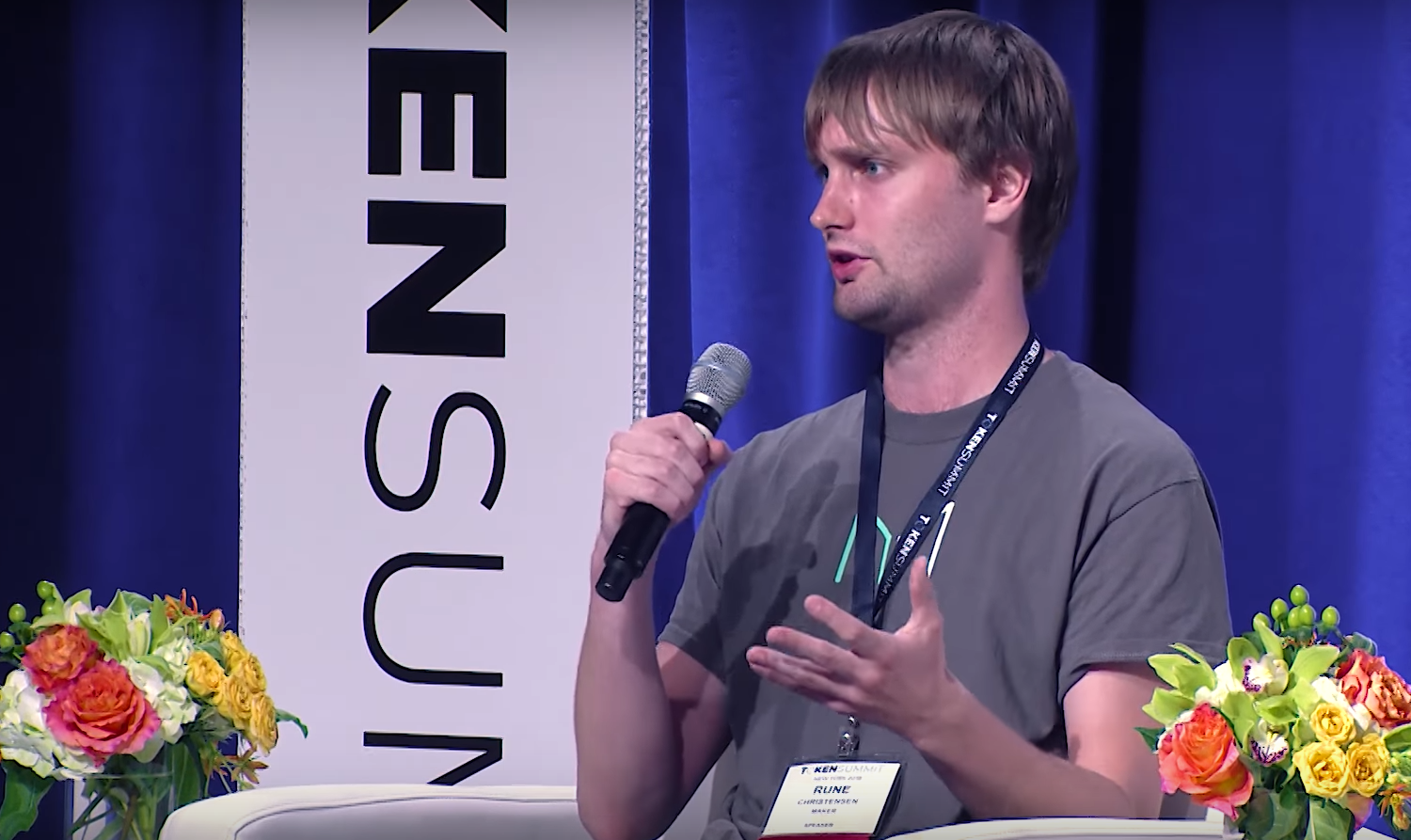 Meanwhile, the price of dai skyrocketed as high as $1.50. This shouldn’t have happened. Dai is a stablecoin. Its role is to mimic the performance of an underlying national currency, in this case the U.S. dollar. Since it came into existence three years ago, dai has mostly hewed to its stated target of $1 U.S. dollar. But at $1.50, dai was suddenly worth one-and-a-half U.S. dollars. It didn’t look very stable at all.

The Maker protocol, the set of smart contracts that undergirds dai, has a number of tools at its disposal to help push the price of dai back to $1, its target price. One that hasn’t been tried? Negative interest rates. Negative interest rates are a controversial subject, both in the cryptocurrency space and in regular fiat land. But they’d probably do the trick.

Is decentralized finance ready for them?

Before we get to the topic of negative rates, let’s run through a quick dai 101.

Think for a moment how a bank works. Say you want to borrow $10,000 to invest in your small business. Your bank, First Corner Bank, needs some security before it will lend you that amount. So you put your $100,000 house up as collateral. It lends you $10,000 in fresh new dollars, which you spend on supplies.

Dai operates along the same principles. If you want a dai loan, you need to submit collateral to the dai system, say $100,000 worth of ethereum. The dai protocol lends you a fraction of this back, say $10,000 worth of dai. These new dai stablecoins can now be spent into the crypto economy.

There are several forces that stabilize the money that has been created by dai and First Corner. You’ll eventually have to pay back your loan. This means you’ll have to repurchase either First Corner deposits or dai stablecoins to cancel your debt. This ever-present demand (along with the demand of everyone else who owes money to these institutions) helps to anchor the value of dai and First Corner’s deposits near $1.

No one likes to suddenly have to pay fees after years of earning income. But stability isn’t a free good. It has to be manufactured.

If you run into difficult times, there’s a good chance you won’t repay your $10,000 loan. This spells trouble for both issuers. A portion of First Corner’s deposits (or dai’s stablecoins) no longer has a corresponding repurchaser.

But First Corner and dai have protection. They can seize your house or your ethereum and sell it in order in order to plug the $10,000 void.

And so both types of dollars are well secured and stable. This stability is prized. People like to use dollars as a safe way to save, or keep them on hand as a guaranteed medium for making future purchases. Non-stable assets can’t provide these services.

With all that in mind, let’s explore what went wrong with dai’s price after March 12. As the pandemic advanced, people grew desperate to get their hands on the most liquid and safe assets around, U.S. dollars. This meant selling stocks, ethereum, bitcoin and pretty much anything else.

Thirty days later, dai continues to trade in excess of the peg, which would seem to suggest an ongoing imbalance in the dai system. There is a heightened desire for dai debtors to liquidate, pushing dai prices up. But not enough people are willing to incur new debts to the system, which would create new dai stablecoins and push prices down.

So what tools does it have?

Maker has used a few tools to help fix imbalances like this.

One is to allow more types of collateral to be pledged to the dai system. This increases the pool of potential debtors. And so more dai will be created, thereby pushing the dai price down.

Another tool is to reduce interest rates. The stability fee is the interest rate that debtors pay to the dai system. If the stability fee is cut, this eases the burden of being a debtor. Existing debtors will feel less desperation to liquidate. Emboldened, new players may step up to the plate and take on loans. New dai is created which helps push the price down to $1.

There is also the dai Savings Rate. Anyone who owns dai stablecoins and locks them away can earn this rate. By reducing the savings rate, the system encourages dai owners to stop hoarding coins. They sell and push the dai price down.

Maker has used all of these tools over the last thirty days. The stability fee quickly fell from by 8 percent to 4 percent and then 0.5 percent. The dai Savings Rate fell to 0 percent. And Maker added USD Coin, another popular stablecoin, to the range of collateral accepted.

But none of this has been enough to restore the peg.

So what about negative rates?

In theory, the next step would be to reduce interest rates into negative territory.

We’re all used to the idea that debtors have to pay interest. With negative interest rates, the opposite occurs. Anyone who becomes a debtor receives interest. The “carrot” of a negative stability fee would encourage more people to become indebted to the dai system. This would increase the supply of dai, and in doing so reduce upwards pressure on the peg.

A negative dai savings rate would mean anyone who saved dai stablecoins would no longer receive interest. They would pay a fee. This, too, would increase the supply of dai.

There are two barriers to negative interest rates.

The first is technological. Maker’s code doesn’t allow the stability fee or dai savings rate to fall into negative territory. A similar problem occurred in fiat land in 2015 when banks found their software would not permit bonds to trade at negative interest rates. They quickly changed the code and it ceased to be a problem.

Maker has always had an indirect way of imposing negative rates: the Target Rate Feedback Mechanism. This involves having the target price for dai fall to 99 or 98 cents to mimic a negative interest rate. But this arcane mechanism is dormant right now (it no longer appears in the Maker white paper). And compared to nudging the stability fee into negative territory, this trick is complicated and intrusive: it wrecks the simplicity of 1 dai equals 1 U.S. dollar.

The second barrier to negative rates is more visceral. Many people who own stable assets view interest as a just reward to saving. For them, a negative interest rate is little more than confiscation. Only an evil central banker could foist such an unnatural state of affairs on the world.

I understand why negative interest rates upset many people. No one likes to suddenly have to pay fees after years of earning income.

But stability isn’t a free good. It has to be manufactured. When the cost of manufacturing stability spikes, it’s only fair the buyer of stability, a stablecoin owner, should pay a higher price than before. And those who manufacture stability, dai debtors, should get fairly compensated for their efforts. A negative interest rate is the price that pulls this difficult balancing act off.

It could be negative interest rates are not necessary to cope with the current crisis. The natural passage of time may restore dai to its $1 reference price.

But what about the next crisis? It hardly seems ideal for a stablecoin to rise to a large and drawn-out premium every time a calamity occurs. Isn’t it time to figure out a way to code the ability to set negative interest rates, both the stability fee and savings rate, directly into the dai protocol? 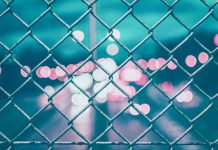 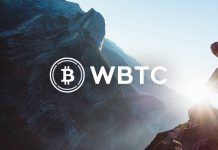 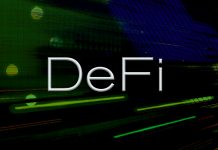 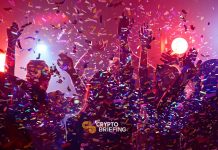 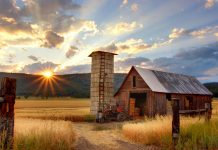 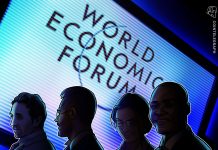 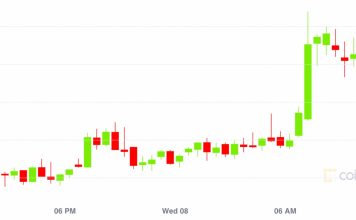