To understand how early investors in Facebook’s new Libra blockchain will make money over time, it helps to dig into a new lottery going live on ethereum mainnet Monday.

It’s a lossless lottery called PoolTogether and tickets are now on sale. Its similarity to Libra is not a completely one-to-one relationship, but the key insight of both is the same: Earning interest on your own money is good, but it’s better to also earn interest on other people’s money.

So first let’s explain this new ethereum game before circling back to Libra.

On PoolTogether, each ticket sells for 20 DAI (the stablecoin generated by the MakerDAO protocol, which aims to keep a stable price at $1.00 each). Each pool sells as many tickets as it can, and all the DAI gets put into the ethereum-based money market protocol, Compound. There, all the ticket money collects interest over the life at the pool and at the end, one ticket earns all the interest off everyone’s ticket price.

But everyone else gets the money they paid for their tickets back, too – ergo, no losers.

“What excites me is that I think it can actually move the needle on economic health for a lot of people,” PoolTogether’s creator, Leighton Cusack, told CoinDesk.

The idea of putting the concept on ethereum was first discussed in a popular post on the MakerDAO subreddit in late March, and the project has been made possible thanks in part to a $25,000 grant from MakerDAO, the company.

“We think it’s good for the ecosystem,” MakerDAO’s Richard Brown, who runs community development for the decentralized finance firm, said of the project. “One of the things that interested me the most about this is it has the capacity to take a behavior that was essentially a tax on the poor and it allows it to become a tool for social good.”

In other words, lots of low-income people gamble despite dismal chances of ever benefiting. Personal finance site Bankrate has found that people are less likely to buy lottery tickets as household income increases. PoolTogether takes the attractiveness of gaming and combines it with the healthy behavior of delayed gratification.

The strategy isn’t without precedent. Walmart has actually been running a gaming mechanic to encourage people to save money on their cash cards. People have locked up over $2 billion since 2017.

With no risk of losing money, people start saving money rather than spending everything they have. With the returns on a typical savings account currently at 0.9 percent, it’s not even irrational for a new saver to participate in a program like this. The opportunity cost is quite low.

At first, there will only be one pool on the site. It will be open for tickets for three days and then the winner will be announced after earning 15 days worth of interest, on July 11. PoolTogether will shave off 10 percent of the interest earned for its business model and the rest goes to the winner. It’s all defined in a smart contract recently audited by Quantstamp.

MakerDAO’s Brown believes the model could become a frictionless way for large groups of people with disposable funds to support good causes.

For example, someone could create a decentralized autonomous organization where all the interest on a pool goes to a wallet controlled by a non-profit of the winner’s choice (rather than into their personal account). He called it a new kind of “primitive” for decentralized finance, saying:

PoolTogether’s Cusack foresees the project starting off just big enough. He wants the first winner to basically double their money off the winning 20 DAI ticket. That’s going to take getting a pool together of 100,000 DAI, Cusack said, which is a big goal but they already have several commitments to prime the pump with 1,000 DAI each.

So what about Libra?

Libra is also designed so that a select few capture the interest earned on money tucked away by the vast many.

As CoinDesk previously reported, there are two tokens that make Libra work. Most of the attention has been on the Libra coin, the stablecoin backed by some as-yet-unnamed basket of bonds and currencies. To get that basket started, though, Facebook came up with the idea for the “Libra investment token” (LIT).

Like PoolTogether, the whole point of LIT is to earn interest off other people’s deposits.

To make sense of why this is so powerful, think of a very simple example. Imagine one LIT sold for $10 million. Invested in a basket of boring, safe investments, Canaccord Genuity has projected the reserve should earn about 0.25 percent. So $25,000 in a year on $10 million. That’s not nothing, but it’s a lousy return for a tech investor.

But imagine 100,000 people decided they wanted to use Libra coin, and all of them bought $100 worth each. Now that holder of the one LIT will earn $50,000 in a year, because the reserve was doubled with other people’s money, but only the LIT earns the interest.

Now, this is a global project, so obviously Libra’s backers want to get in a lot more than 100,000 people. Even if a billion dollars in LIT tokens are sold, with companies like Visa, Uber and PayPal involved, there’s no way they aren’t targeting many, many billions in the reserve. With each additional billion, the returns multiply to LIT holders.

Canaccord Genuity estimates that if Libra coin gets a market cap equal to bitcoin’s, $162 billion, then $324 million could be paid back to all LIT holders each year, after subtracting operational expenses for the Libra Association.

Let’s assume no organization holds more than one LIT and the Libra Association hits its 100 founding partners as planned: that’s a $3.24 million annual return on each partner’s $10 million investment. It’s not a one-time return either. They keep getting it as long as the Libra coin keeps running.

So 10 years after it matches bitcoin’s market cap, a LIT holder would have earned $32.4 million without losing any of their principal, a better than 300 percent gain. And that’s assuming the reserve didn’t grow at all as the decade passed.

On PoolTogether, everybody is betting that they can win the interest off of everyone else’s tickets. A crypto newbie could buy one ticket for 20 DAI and get all the interest earned off a whale who bought 1,000 tickets.

On the Libra protocol, it works the same way, except the same whales always win.

It remains to be seen if Libra will get to that point or if it will even get off the ground, but PoolTogether is starting now for anyone who wants a shot at robbing a whale. The person who created the product that will host the first pools, Compound’s Robert Leshner, told CoinDesk that he’ll definitely be buying some tickets in the first round.

“We love watching the world experiment with new products and new ideas built on top of Compound no matter what they do. I’m excited.” 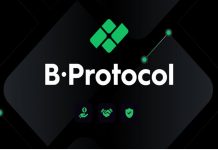 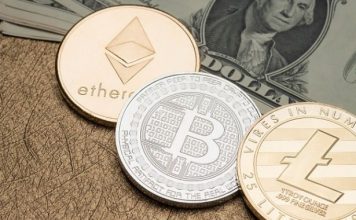