The very first proposals for Tezos have been submitted. Bakers (also known as stakers for some proof-of-stake protocols), will now be able to vote on adding changes to the network’s design for the first time. If 80 percent of participants vote in favor of either of the submitted proposals, the changes would go into effect in as little as three months.

The proposal, Athens, produced by Nomadic Labs, is technically two proposals, though they are nearly identical. The only difference is one would lower the “baking” threshold from 10,000 XTZ to 8,000 XTZ. The voting process will go on for approximately three weeks, after which a final decision on the motion will be made.

Besides changes to the validator roll size, other changes include:

The Zeronet test network also puts forth a complete rehearsal of the voting procedure. This allows users to take part in the process before voting on the actual Tezos main-net. Zeronet also shrinks the typical voting period from approximately three weeks to just 51 hours.

The voting period will conclude by approximately March 18, at which time the favored proposal will be known. For some time now on-chain governance has been proposed as a solution to solve chain disputes, and this will be the first time we see on-chain governance play out in real time.

END_OF_DOCUMENT_TOKEN_TO_BE_REPLACED 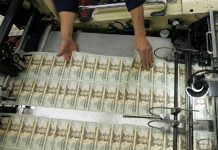