Nick White, co-founder of Harmony, expressed in an email to CoinDesk this week that the firm has raised $18 million for the sharding startup. The investment has been procured from many prominent sources which includes Consensus Capital Group of Silicon Valley, Bank Central Asia (BCA) Australia, Lemniscap VC of Hong Kong and UniValues Associates from Singapore.

Harmony has achieved complete token presale which started as equity fundraising back in 2018. According to their long-term vision “to create a decentralized protocol” White saw selling tokens as the only sensible path.

The Harmony blockchain has launched a pre-mine sale of 12.6 billion tokens. More than 2.8 billion of tokens have already been purchased by investors in the sale. The remaining tokens are going to be used as incentive for the early network adapters, which will also include distributions to node participants.

White believes that the string of investors who are spread all over the globe will help in adoption of the blockchain technology. The support to the existing decentralized applications (dapps) by the investors makes this business amusing.

The purpose of porting dapps over from ethereum has been made quite easy by the Harmony chain. If there is a dispute over gas fees on ethereum or confirmation, then these users might get a smoother experience with Harmony.

Harmony has the potential to influence companies to switch operations to the new chain with the confidence that many of its investors are already supporting these dapps. According to White “Harmony’s core architecture and approach are the right ones to scale blockchain protocol (state sharding and peer to peer networking).”

An investor named Maximilian Thyssen who has recently joined Harmony told in an email to CoinDesk that companies like Google and Facebook are slowing down growth in innovation in centralized systems.

By moving personal data to decentralized protocol and generating income from that data is Harmony’s prime vision according to White though he realizes it will take decade to realize this.

White said “When we start to attract a meaningful number of users, you kind of create a new data economy and that, in the end, is what enables data as an income.”

To create income from the generated data, getting everyone on the blockchain is very crucial. Hence adoption is necessary. For getting this done, White said, when the chain is launched the company plans to get each dapp on ethereum switch to Harmony.

For the smart open source contracts, porting to Harmony will be easy as it is necessary to be congruent with ethereum based virtual machine. As an example White said “We could take MakerDAO and copy it and play around with it.” This implies Harmony has the privilege of copying over developer tools which are made for functioning in ethereum.

Giving tokens to common people in the form of an initial coin offering (ICO) is another practice in crypto adoption. In this approach the company is trying its maximum compliance while doing public sales.

Harmony is going for initial exchange offering (IEO), where a token initially is displayed on exchange and is sold later on to supporters. They are cutting deals with multiple major exchanges about the terms.

The central insight of Harmony’s protocol is called ‘deep sharding’.

Sharding is the path to ethereum scaling which the followers of proof of stake technology are familiar with. Since every calculation is put onto various shards, it is called deep sharding. It works like a blockchain as it creates different shards.

With instances of verification, routing, communication and storage, White stated that “It’s about doing all the things you need to do in a blockchain and paralyzing each of that into subnetworks.”

Harmony has increased its throughput by optimizing bandwidth which many other firms have ignored. A similar statement was passed by another startup named BloXroute Labs. 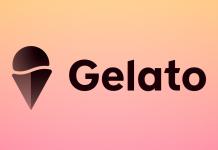 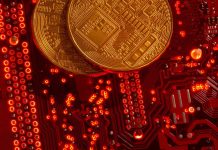