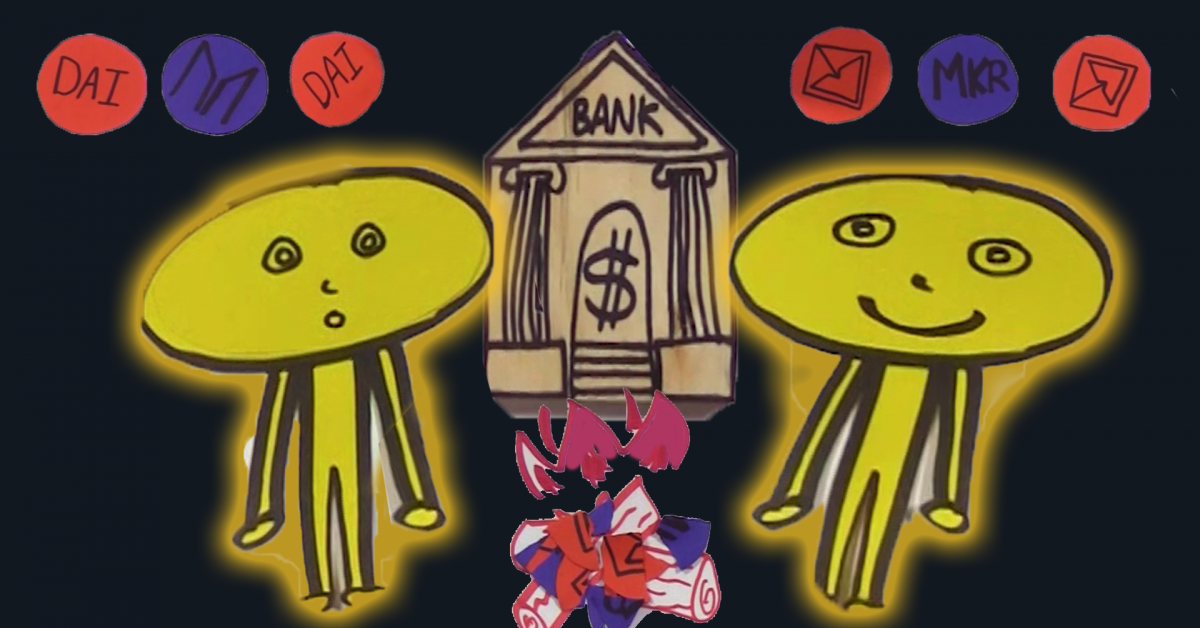 There are two kinds of stablecoins. The centralized type is implemented on a blockchain but anchored to Wall Street and the Federal Reserve. Dai, a decentralized stablecoin governed by the Maker Decentralized Autonomous Organization (or MakerDAO) is emblematic of the second type. It stays as far away from The Man as possible.

But over the last month or two, something strange has been happening. Like a vegan eating a steak, dai has been gobbling up huge amounts of centralized stablecoins as collateral. Has dai, once so edgy, donned a suit and gone Wall Street?

MakerDAO’s ingestion of centralized stablecoins is part of its strategy for bringing dai back in line with its $1 target. It’s a bold plan, but it could come at a price. MakerDAO could face pressure to import more of the traditional banking system’s rules.

USD coin (USDC) and tether (USDT), the two largest centralized stablecoins, are deployed on public blockchains like Ethereum or Bitcoin’s Omni. These blockchains are maintained by an unruly cacophony of miners and nodes. The Centre Consortium that manages USDC and the Tether company exert control over the value of their tokens by yoking them to the dollar. They do this by keeping dollars in reserve at a regular bank and letting users convert between these traditional dollars and blockchain tokens at a 1:1 rate.

This connection to a bank means USDC and tether import many of the traditional banking system’s rules. The companies managing the currencies are required to register with the Financial Crimes Enforcement Network (FinCEN). They must collect customer information. And they have built in the capacity to blacklist rogues should the Federal Bureau of Investigation (FBI) require it. This cancels out much of the permissiveness provided by their underlying Ethereum or Omni hosts. Tether and USDC stablecoins may not be PayPal accounts, but are closer than you might think.

Not MakerDAO, though. MakerDAO has always been the least PayPal-like of the bunch.

I first learnt about MakerDAO back in 2015 when Rune Christensen, its founder, announced a product called eDollar (later to be rechristened dai). Much like the now defunct BitUSD stablecoin, MakerDAO was intent on achieving what I like to call the crypto holy grail: decentralization and stability.

To begin with, MakerDAO wanted to solve the roller coaster problem. Unlike bitcoin, dai tokens would be stabilized at $1. And so they would be usable as money. But dai wouldn’t be just another tether. “Unlike other stablecoins, dai is completely decentralized,” its original white paper boasts, one that “exists without the authority of a centralized entity.”

This meant that rather than storing reserve assets at a regulated bank, MakerDAO would hold decentralized ethereum reserves in a smart contract. Hived off from the banking system, the platform would inhabit a virtual land with few rules, no anti-money laundering proclamations and no token freezes.

MakerDAO has been incredibly successful. The amount of dai in circulation grew from nothing in 2017 to $900 million this week. The peg has held up, too. Unlike predecessor decentralized stablecoins like nubits and BitUSD, it never collapsed in value.

But there have been hiccups. Since March 2020, dai has stubbornly traded above $1. And nothing that MakerDAO did could bring its token back down to $1.

The target misses can be blamed on a sudden shortage of dai. Decentralized finance and yield farming, which has been growing in leaps and bounds, had become voracious buyers of stablecoins.

Up till then, MakerDAO’s go-to technique for closing a premium had always been to temper the demand for dai. MakerDAO would do so by reducing the reward, or interest rate, that dai holders enjoy. By April 2020, however, the interest rate that dai token holders receive had already been reduced from 8% to 0%. And MakerDAO code does not allow for a negative interest rate.

Negative interest rates have become a go-to tool for many central banks. But the topic is controversial in the MakerDAO community. Christensen, for example, has described negative rates as “immediate death,” a tool that if used would mean “irreversibly destroying virtually all of the organic adoption that has been achieved so far.”

Christensen’s worries seem excessive, but they aren’t entirely baseless. In the real world, the transition to negative interest rates means all commercial banks that keep deposits at their central bank face higher costs. Banks, in turn, pass these costs on to bank depositors. But banks have been hesitant to impose negative rates on their smaller retail customers for fear of angering them.

In any case, lacking a tool for modulating the huge demand for dai, MakerDAO was powerless to prevent dai from trading between $1.01 and $1.06 through most of summer.

By late August, MakerDAO policymakers had had enough. If excess demand was the problem, why not meet this by encouraging the creation of huge amounts of dai? And so in a series of moves, Maker made it much easier for users to submit centralized stablecoin collateral to create new dai.

Until then, anyone who deposited USDC collateral and got dai in return had to put in a hefty $110 worth of USDC for each $100 in dai. Under the new rules, users need only submit $101 USDC for each $100 in dai. By loosening its collateral requirements (it did the same for Paxos standard and TrueUSD stablecoins), MakerDAO encouraged a massive influx of centralized stablecoin collateral into the system and an efflux of new dai.

It worked. The shortage had ended. The supply of dai almost doubled from around $500 million to more than $900 million in two weeks. Whereas dai had traded at $1.06 in early September, it now fluctuates between $1.00 and $1.02.

But MakerDAO’s coffers are now filled up with stablecoins. It’s a strange look for the platform. When it debuted back in 2017, MakerDAO only allowed Ethereum to serve as the anchoring reserve asset for dai. It wasn’t until late 2019 that other collateral assets could be used to fabricate dai, beginning with basic attention token, the native token for the Brave browser. But even as Maker widened its list of backing assets, Ethereum continued to dominate. At the beginning of September, Ethereum accounted for almost 80% of all dai created.

Ethereum now accounts for just 40% of all dai created. And 51% of dai in circulation has now been fabricated out of centralized stablecoins USDC, Paxos Standard, and TrueUSD. USDC alone accounts for $373 million, up from just $10 million a month ago.

The price of stability

Increased reliance on centralized stablecoins to stabilize the peg requires a major trade-off. It could translate into pressure for MakerDAO to conform to centralized finance’s rule book.

If MakerDAO ingests even more of FinCEN-registered USDC’s stablecoins, will nervous USDC execs start pushing MakerDAO to register with FinCEN?

Or maybe regulators will use centralized stablecoins as a Trojan horse for exerting control over MakerDAO. For instance, they could tell MakerDAO to apply for a banking charter on pain of the USDC consortium being ordered to drop MakerDAO as a customer, or to conform to consumer lending laws.

See also: ‘No Other Option but More Collateral’: The Short- (and Long-) Term Fixes for Dai’s Broken Peg

In a different scenario, ingested stablecoins might provide litigious investors with traction for launching lawsuits against MakerDAO. Or say that some USDC stablecoins are stolen and deposited in MakerDAO smart contracts. The FBI might order USDC to blacklist MakerDAO’s holdings. This could render MakerDAO’s stash of USDC collateral temporarily useless, thus hurting the peg.

None of these risks come out of the blue. The MakerDAO community anticipated blacklisting risk in early discussions about on-boarding USDC. But protecting the peg is important, too. A stablecoin isn’t very useful if its price isn’t stable.

Taking the next step

What made the original version of dai so transgressive was its ability to recreate the dollar out of entirely censorship-resistant material. The new version of dai no longer relies solely on censorship-resistant material. But perhaps this new version is even more transgressive. It has secretly docked itself to the Federal Reserve by using USDC stablecoins as a bridging mechanism.

The problems posed by the ingestion of centralized stablecoins are a prelude to the larger challenges MakerDAO will face as it incorporates “real world assets,” or RWAs, as dai collateral. These are assets that reside in the real world, like real estate or Spotify royalty payments, but have been tokenized on the Ethereum blockchain. Since these assets will be embedded in real-world legal systems, they will only draw MakerDAO further out of the rule-free vacuum it has spent its formative years inhabiting.

Christensen is bullish on RWAs, describing their introduction as the first steps to “the greatest portfolio of assets that’s ever been built.” By increasing the range of collateral out of which dai can be fabricated, Christensen believes this will help solve future peg deviations:

“They set the stability fee to 0% on everything and it didn’t fix the peg, so I think that shows that there’s no other option but to onboard more collateral.  Possibly the stablecoin solution works, but it’s not exactly a long-term solution, it’s a medium-term solution.”

But some MakerDAO purists dislike this shift towards the centralized end of the spectrum. An alternative vision is for MakerDAO to retreat back into its decentralized safe space.

For instance, if the system could be modified to allow for negative rates, then the next time dai wanders up to $1.05, MakerDAO wouldn’t need to slurp up centralized stablecoins. An interest rate of -4% or -5% would do the trick. Fabrication of dai could be entirely limited to collateral with few connections to the real-world legal system, like Ethereum. And so MakerDAO would be once again immune to external attacks.

On the other hand, perhaps getting more engaged with the real world, first via stablecoins and next through real world assets, is what MakerDAO needs if it is to change the world for the better. A bit more centralization may be the price of real change. 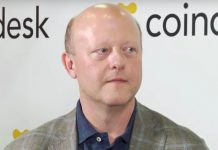 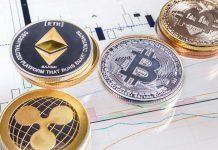 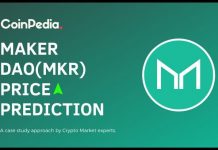 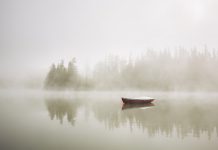 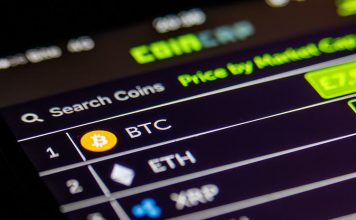