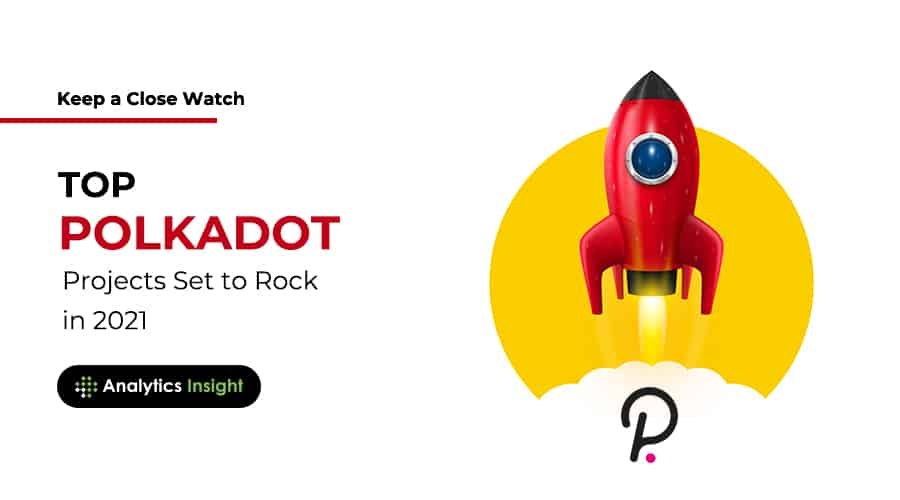 Keep an eye out for these top Polkadot projects in 2021 which will work on different Blockchains.

Polkadot is a decentralized ecosystem that connects the whole network of different blockchains. It becomes a highly strong tool for developing corporate solutions or projects on Polkadot by providing transparent, simple cross-chain connectivity and customization of blockchains. Polkadot links several blockchains to make developing decentralized apps easier and more efficient. It produces a scalable multichain when all connected parachains are combined. Polkadot is a sharded blockchain, which means it links many chains into a single network, allowing them to execute transactions in parallel and securely communicate data across them. This article will tell you about the greatest Polkadot projects and how they represent today’s web3 environment. Some of the greatest Polkadot projects are Acala, Moonbeam, Edgeware, and Centrifuge.

Polkadot is a blockchain built on top of the substrate platform. Substrate offers a large toolkit that allows for the creation of any size and type of dapp. With such a broad range of options, advanced and complex blockchain development is possible. Polkadot blockchain was the first and most popular substrate project at the time of its launch. Apart from Polkadot, the substrate architecture is home to a slew of additional dapps and blockchains that, thanks to a comparable ecosystem, can be readily merged with Polkadot. As a result, Polkadot may be described as a platform for Substrate-based blockchain businesses in particular. Polkadot also offers bridges for non-integrated networks like Ethereum and Bitcoin. Polkadot is currently in the process of releasing its main net. As a result, the parachain slots are still blocked. Web3 Foundation, on the other hand, allowed Polkadot’s “little” brother Kusama to participate in project kick-offs.

Kusama is a Polkadot “relative” and is also developed on the substrate, according to its website. It was built by one of Polkadot’s co-founders and is based on the same codebase. Kusama’s major goal is to provide a comfortable environment in which to test creative or fast-building projects, as well as to do a pre-check before launching startups on Polkadot. It’s crucial to note that this is not a test chain; rather, it’s a location for experimentation and testing development. It is not required to migrate your project to Polkadot after a successful test. You can stick with Kusama alone as long as it is a self-contained parachain controlled and managed by KSM coin holders.

Holders of KSM tokens can use them to validate transactions, identify validators, join parachains, pay for transactions, and vote on general issues. DOT (Polkadot tokens) holders may anticipate the same portion of the Kusama ecosystem if they purchase DOT (Polkadot tokens). A project must create a Kusama account in order to complete a test. It is permissionless and open to the public. In comparison to it called “relative,” Kusama requires a very small KSM amount to get in and link your project. Validation and staking processes are subject to the same – and hence cheaper – costs. This is one of the benefits that new Polakdot projects should appreciate.

Phragmen’s technique is used to compute the precise amount you should pay. In two phases, Phragmen’s approach aids in the selection of the most “appropriate” validator. The first is to select a specific (x) number of people depending on the stake-weight of the votes. Then it tries to balance the stake variance for each validator. KSM may be obtained in two ways. The first is to claim DOT tokens and get Kusama tokens in proportion. With the aid of the MyCrypto software, the user obtains Kusama tokens. KSM tokens will be sent to the user’s chosen account when the claim is confirmed. The second option is to purchase KSM on an established exchange, such as Bitfinex, Binance, or Kraken. So, there’s a list of forthcoming Polkadot projects worth keeping an eye on.

The Acala network is the first decentralized financial consortium and is expected to be one of Polkadot’s most successful initiatives when it launches in the new year. Its primary goal is to include DeFi into the Polkadot ecosystem. It has its token (ACA) that is used to regulate the system. It implies that Acala is completely decentralized and controlled by its token holders, who may vote, validate, and govern the Acala network as a whole. Acala is a dual-protocol network, meaning it uses two different protocols. Homa protocol and Honzon protocol are the two protocols.

Moonbeam is a smart contract deployment platform that works with Ethereum. Along with the link to Polkadot, it will give its users access to a well-known and useful Ethereum toolset. Moonbeam also has its utility currency, Glimmer (GLMR), which is used to pay for transaction fees and the execution of smart contracts. Moonbeam continues to be the most convenient and developer-friendly blockchain. Moonbeam may assist to enhance existing workloads and app capabilities in general by giving a choose-chain smart contract capability.

Moonbeam provides a full EVM implementation to make Ethereum compatibility possible. It also created a web3 API and cross-bridges to connect it to the Ethereum network. Participants will be able to deploy existing written solidity contracts on Moonbeam without making substantial changes as a result of this. The same technique is used for the front-end of dApps, thus utilities like MetaMask and truffle may be seamlessly migrated to Moonbeam. Moonbeam is one of the Polkadot projects that are still in the works. Moonbeam is set to deploy on Polkadot MainNet in the second quarter of 2021, according to the Blaize team.

The centrifuge is a decentralized financial asset technology that works with the Polkadot ecosystem. Polkadot entrepreneurs have launched yet another DeFi campaign. It works closely with MakerDAO, Circle, and Celo Protocol to create a world of fair money. Centrifuge provides trustless and safe lending of finance against real-world assets. Tinlake and Centrifuge chain are the two main components.

Edgeware is a Substrate-based chain that intends to become a parachain of Polkadot in 2021. It will enable the construction of smart contracts inside the ecosystem. Its smart contracts are written in Rust and compiled into WASM, which is a particularly handy approach for Substrate-based blockchains. Due to nPoS – nominated Proof of Stake – consensus, Edgware users may execute voting and funding procedures as well as delegate their privileges. One of the network’s major aims was (and continues to be) to create a nice test environment for on-chain governance. As a result, Edgeware is designed in such a way that it makes self-improvements and then asks users to vote on them.

The Polkadot ecosystem brings to reality a fantastic cross-chain communication and data sharing project. While being built on the Substrate architecture, it has the potential to provide a whole new degree of blockchain ecosystem resilience. It also offers a comfortable and convenient environment for new businesses to thrive in the Polkadot ecosystem. 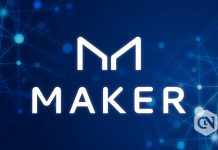 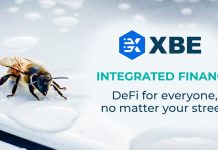 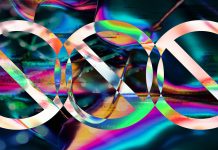 A Polychain-backed DEX vies for dominance in a crowded market with...