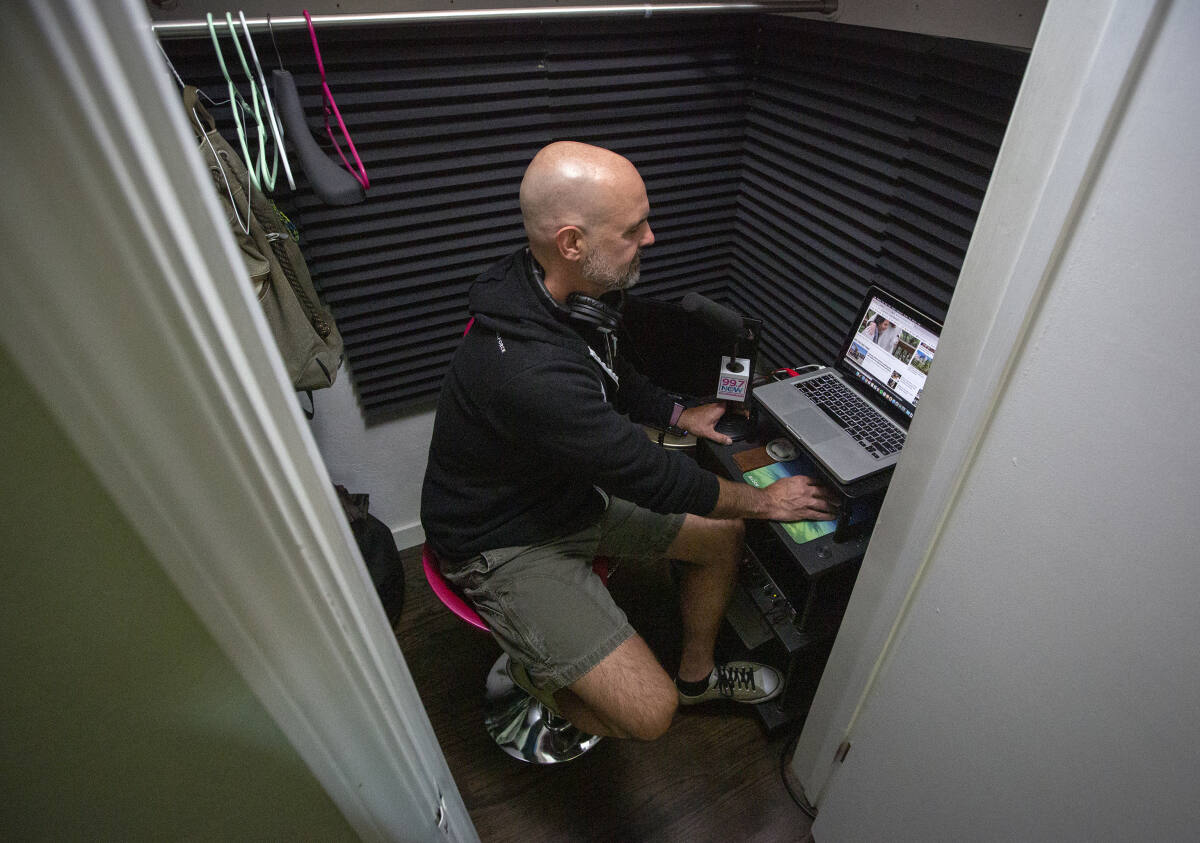 What was once a wine country weekend home is now a full-time oasis as Bay Area radio deejay Fernando Ventura and Jeremy Hollister escape San Francisco to hide from the coronavirus in Sonoma.

Ventura’s voice is still heard throughout the greater Bay Area, as he now records the first half of his 99.7 NOW radio show from his sound-proofed closet in the Valley of the Moon. He then heads back into the station’s urban broadcasting studio to go live as the mid-day on-air personality for the contemporary radio station that is “The Bay’s No. 1 for All the Hits.”

Meanwhile Hollister never leaves their Sonoma home, working from his laptop and Zooming with the worldwide employees of MakerDAO, a decentralized currency company where he heads up human resources with the title “head of people success.” He doesn’t miss his San Francisco office at all, and hopes working from home might become permanent. He enjoys the startup company energy but has also worked for huge companies, including Cisco and McKesson, in the past.

The couple, who have been together for 12 years, bought their home a mile from the Plaza in late 2014. They moved in in 2016 after a renovation of the two-bedroom home was complete. They were married in a backyard wedding there in 2018.

Their primary home, where they have not spent a night for almost four months, is in San Francisco’s Mission District. Usually they would be home for the upcoming Pride Parade Weekend, but are happy to hunker down quietly in Sonoma.

The cancellation of events during the traditional June Pride month, including Sonoma’s Gay Wine Weekend, dismayed them as they have enjoyed it in the past. That was offset by their joy over the United States Supreme Court’s recent landmark ruling that the 1964 civil rights law protects LGBT employee from discrimination.

“It was a monumental decision and completely unexpected with this court,” Hollister said. “I got a little teary eyed.” While California has had this protection for many years, Hollister is from Ohio, one of the states where employment policy will have to change because of the ruling.

He holds a degree in international relations from American University and earned an MBA at Curtin University in Australia before briefly returning to his hometown. “I remember telling my mom, ‘I’m not going to stay in a state where they can fire me for being gay’,” he said. He moved to San Francisco in 1999. “My mom was even happier than I was,” he said, calling him to rejoice over the ruling on the phone.

Ventura is a native of Philadelphia, and got his start in radio working as a college intern on a Philly station that led to a permanent on-air position. “I’ve wanted to be in radio since I was 5 years old,” he said. “There was always music playing at our house and my mom listened to the radio all the time.”

He jumped around the country following deejay opportunities, finally get a foothold in San Francisco in 2005 doing the morning show at a then-gay-focused station, KNGY 92.7, and eventually landing a spot in the big leagues as half of the KMVQ “Fernando and Greg” morning show on 99.7.

Finally tiring of getting up every day in the wee hours of the morning, which meant going to bed very early in the evenings, he decided he wanted a more mainstream lifestyle and switched to hosting the mid-day spot alone just over a year ago.

He plays top 40 music on his show, including dance music, alternative rock and hip hop, and he loves it all. Even at home he listens to contemporary music but said that growing up as a teenager in the 1980s his favs were Depeche Mode, the Cure, Tom Petty and the Heartbreakers and Def Leppard. “And I’ve loved Madonna since Day One.”

His job involves interviewing many artists on-air and hosting radio-sponsored concert and events. He’s met oodles of recording stars, including Lady Gaga in her early days starting out.

Having a star quality of his own, Ventura is chatty and personable, and appreciates his nearly 8,000 Instagram followers. “I can make it sound as good in my bedroom closet as I do in the studio,” he said about doing part of his broadcast from Sonoma. “But I like being in the studio. It’s fun and more immediate. I can answer the request line and do the contests and communicate with the regular listeners,” he said.

The couple first started spending time in the Valley visiting friends here about two weekends a month. “Then we started thinking it would be nice to have a place of our own,” Ventura said. It wasn’t long after that they were swimming in the resort-style pool they put in and avidly bike riding past vineyards and along back roads – not the big city life they were used to and are not missing at all, as it turns out.

“I love it here, it’s home,” Hollister said. “And I’m starting to feel more like a local. I recognize people when I go out for a walk.”

“It’s wonderful to have the opportunity to quietly play chess with my husband and swim in the pool everyday,” Ventura said. “It’s been a reflective time and we are very grateful.”

Living in Sonoma full time is a life they never imagined would happen until very-distant retirement days, but for this couple the pandemic has provided an opportunity to lead a rural life they are thoroughly enjoying.

It makes them wonder if when the world gets well again they might be able to stay forever. 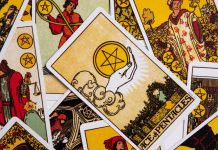