Last month’s crypto crash has led to a bull market in stablecoins, tokens pegged to fiat (national) currency, generally the United States dollar. And innovative new forms of stablecoins have emerged to let traders escape the crypto volatility without relying on a centralised company.

To learn more, Stockhead spoke to Sam Kazemian, the 28-year-old chief executive of Frax, a next-generation stablecoin. It’s his second crypto project, after Everipedia, a Wikipedia clone built on the EOS blockchain.

“There’s a few different types, as the sector is getting mature, you’re going to see a lot of breadth in terms of what types of stablecoins there are.”

The most widely known and biggest stablecoins like Tether and USDC are simply bank deposits that are digitised on a blockchain.

“They have a bank, it’s company, and their deposits are tokenised and people send them around, and you know you’re always able to get $1 back from the company, if you ever want to redeem the tokens, so they’re always traded really close to the dollar,” Kazemian said.

The next generation of stablecoins was invented by MakerDAO, whose stablecoin Dai is backed by Ethereum. Users who deposit Ether are able to withdraw Dai — basically getting a loan while using their crypto as collateral.

“Basically, the idea behind them is you want to keep everything on-chain, so there’s no counterparty or custodial risk,” Kazemian explained. “For example, with Tether and USDC, they have to basically be a bank.”

This model has been successful, but because Ethereum is so volatile, Dai needs to be overcollateralised. To mint $100 in Dai, $150 of Ether needs to be locked away.

Then a project called Basis – which eventually had to shut down in 2018 over regulatory issues – devised a new type of algorithmic stablecoin.

“It’s basically the exact opposite, where they actually had no collateral, you can actually print tokens out of thin air, so to speak.”

Basically if the price of a stablecoin trades for more than US$1, more stablecoins are minted and given to holders of a secondary token “that are essentially like shares”.

On the other side, if the value of the stablecoin drops under $1, another volatile token gets minted. “Like a bond that pays out more stablecoins later – but for now it’s sold at discount, and it’s used to buy back stablecoins on the open market, kind of like how the Fed sells Treasuries, they want to contract the dollar supply.”

But it didn’t quite work, Kazemian said. “Without any collateral, the stablecoins weren’t very stable – but the idea kept evolving.”

“So the idea is part of Frax is one-to-one backed, but the collateral ratio is changing based on market demand for Frax.”

At launch Frax was 100 per cent backed by USDC — “super boring, almost like a little pointless,” Kazemian said.

“It keeps going down, as long as there’s demand for Frax.”

But if Frax starts trading at less than US$1 – presumably because holders are uncomfortable with how collateralised the coins have become – then that collateral ratio increases.

“What happens in this scenario is that there’s a second token in the protocol called the Frax Share token, this is the speculative token, the governance token, the thing that accrues all the value,” Kazemian said.

If that collateral ratio increases, then more Frax Share tokens are automatically minted and sold for collateral, Kazemian said.

The tokens were launched on Ethereum in November and has managed to maintain its US$1 price peg.

“When we launched it was the first time that crypto was introduced to the concept of a fractional stablecoin,” Kazemian said. “It’s done really well.”

There are over US$100 million Frax stablecoins in circulation and it has been integrated into Fantom, Binance Smart Chain and Polygon (MATIC), he said.

There are now other stablecoins like Fei that are also not completely collateralised.

People can invest in the project by buying the Frax Shares (FXS) tokens, earning seigniorage (the profit made by a government by issuing currency) as the collateral ratio drops.

The system buys back and burns FXS tokens in that event, “almost like a stock buyback,” Kazemian said.

“There’s also been a lot of cashflow to Frax Share holders – both seigniorage, newly unbacked Frax, and excess collateral a well as fees in the system, goes to Frax Shares holders.”

FXS tokens were trading today at US$2.55, down from as much as US$28 in January.

“Right now, it’s a highly volatile asset, but it has real cash flow. And I think it has fundamentals,” Kazemian said.

Apollo Capital chief investment officer Henrik Andersson told Stockhead that the Melbourne-based crypto investment fund was very interested in stablecoins, especially the decentralised ones, and holds Dai in its portfolio.

“There has been a lot of experimentation in what we call algorithmic stablecoins… the only one that’s really been really holding up is Frax; they have a hybrid model, so they’re not fully algorithmic,” Andersson said.

“They seem to have found a good model, that’s really exciting to see.” 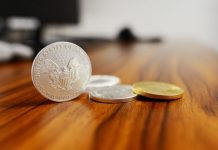 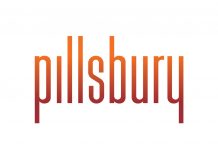 What Changed in Crypto Markets While You Were Sleeping — June 8 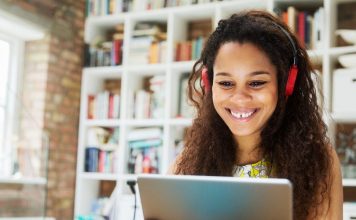