Kim Kardashian asked her followers to “speculate” on Ethereum Max (CRYPTO: EMAX), which according to the United Kingdom’s Financial Conduct Authority Chair Charles Randell may have been the “financial promotion with the single biggest audience reach in history,” BBC reported.

What Happened: Randell, speaking at the Cambridge International Symposium on Economic Crime, said that Kardashian had “asked her 250 million followers to speculate on crypto tokens” by promoting EMAX.

The FCA Chair alluded to Kardashian’s Instagram post made in June, which he claimed was correctly flagged as an advertisement. The regulator accused influencers of fueling “delusions of quick riches.”

“Social media influencers are routinely paid by scammers to help them pump and dump new tokens on the back of pure speculation. Some influencers promote coins that turn out simply not to exist at all,” said Randell, as per BBC.

Why It Matters: Kardashian’s June post came in the form of an Instagram story that was bundled with a disclaimer.

She wrote, “Are you guys into crypto???? This is not financial advice but sharing what my friends just told me about the Ethereum Max token!”

The popular reality television star included the hashtag AD, which stands for advertisement, in the Instagram story.

EMAX has also been promoted through a boxing match between the YouTuber Logan Paul and boxing legend Floyd Mayweather.

Others that have promoted the coin include former National Basketball Association player Paul Pierce.

Randell noted that 2.3 million Britons hold cryptocurrency and 14% of them used credit to purchase the coins — “thereby increasing the exposure to loss,” reported BBC.

“If you buy them, you should be prepared to lose all your money,” said the FCA Chair.

On EMAX, Randell said he could say if it was a scam, but he did stress the coin was not be confused with Ethereum (CRYPTO: ETH), as per the BBC. 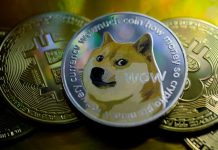 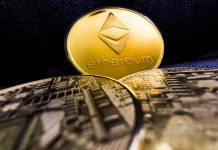