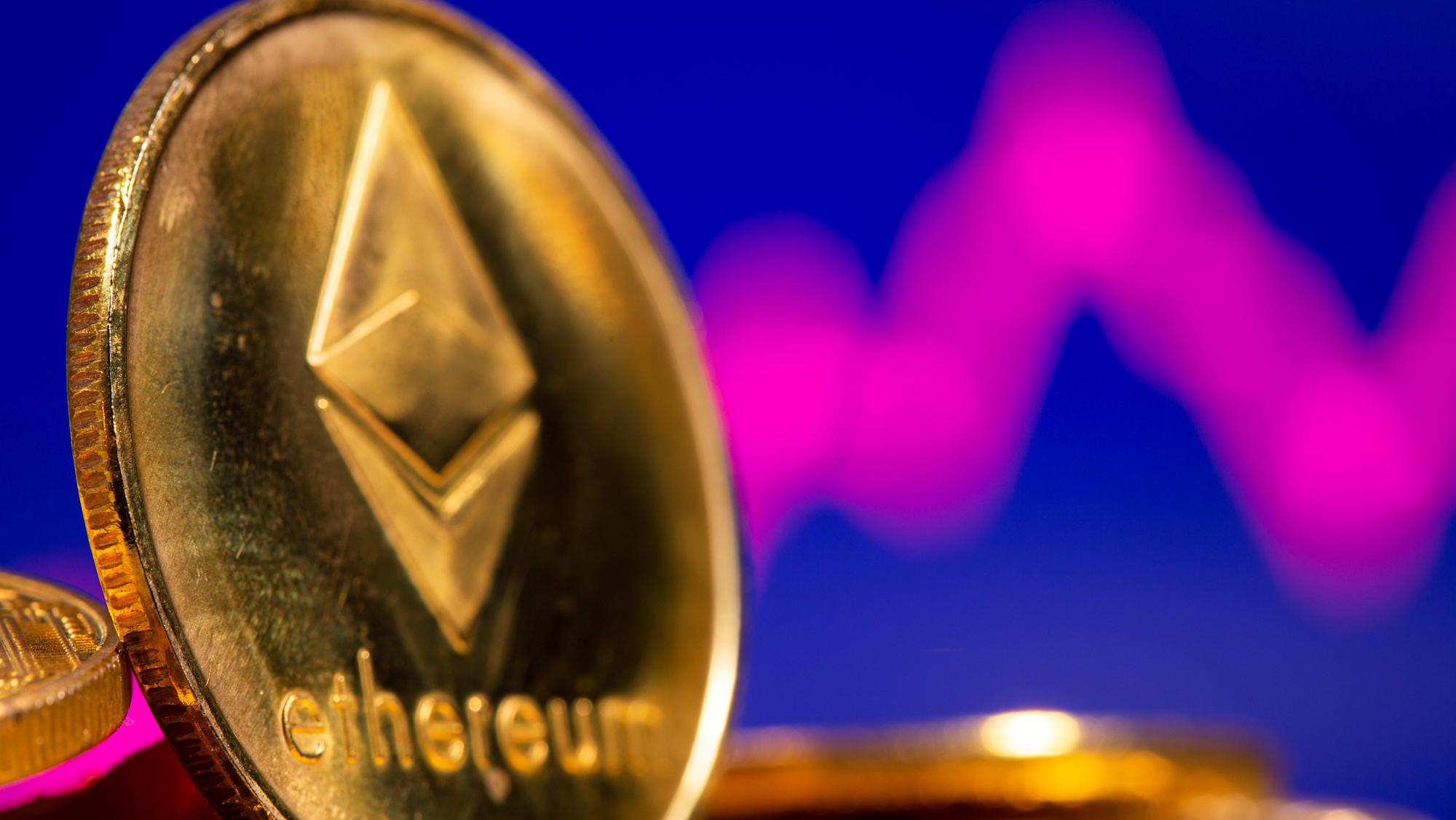 Ollie Leech, Coindesk Learn Editor, joined Yahoo Finance Live to break down why he thinks Ethereum is driving a lot of innovation in the crypto space right now.

ADAM SHAPIRO: All right, we’ve got just a little more than 15 minutes to the closing bell. I want to draw your attention to what’s going on with Bitcoin. It’s up about 670 bucks right now, $34,629 and change. But there’s other cryptocurrencies out there. In fact, Goldman Sachs says pay attention to Ethereum.

We’re going to pay attention to Ollie Leech. He’s CoinDesk’s learn editor. And Ollie, it’s good to have you here. Help us understand, if you can, the Goldman call apparently this note leaked that they see Ethereum as potentially overtaking Bitcoin. What does that mean to those people who are buying Bitcoin today at over 34k?

OLLIE LEECH: Well, I mean, it’s something to diversify your portfolio for sure. A lot of maximalists will probably fire back at Goldman Sachs for those comments. But they’ve got a point for sure. Ethereum is driving a lot of the innovation in the space at the moment. They’re responsible for the DeFi boom, the NFT boom that we all enjoyed at the start of this year.

But the main problem that they have is they have a lot of competition. And this is where Bitcoin kind of pulls away from Ethereum. It has a low supply, 21 million coins, which many people are aware of. And this is a big driver for its value. But it doesn’t have really the same competition Ethereum does. We’re seeing a lot of new blockchain projects step up to the NFT space, particularly the DeFi space, and they’re all trying to eat Ethereum’s lunch. So it’s definitely a close call. We’ll see how it goes.

SEANA SMITH: Ollie, when we talk about regulation because, of course, that’s been a big topic when we talk about not only Bitcoin, but really, crypto at large, and particularly what’s going on over in China, I guess how big of a headwind do you see this being? And I know we talked to you about it in the past, but since then, we’ve gone headline after headline about how it could potentially disrupt the crypto markets going forward.

OLLIE LEECH: Yeah, absolutely. I mean, people have been talking about this kind of new level of enforcement that we’re seeing in China right now. And it’s true. You know, for the most part, even though these bans came out in 2013, 2017, we’re really starting to see them amp up that enforcement now to start targeting these sort of fringe companies, companies that offer and facilitate crypto transactions there in the state indirectly.

So, you know, we go back last year. We were seeing these exchanges getting targeted. But now we’re seeing software companies getting targeted as well. And what’s interesting is China’s stance has always been very, very clear from the get-go. When it started these bans, its message was, you know, do not offer– facilitate cryptocurrency transactions. Otherwise, we will shut you down. And payment providers, software companies, anyone who engages in these sorts of activities now are going to get shut down.

ADAM SHAPIRO: What about the fact that we keep having these hacks, these cyber attacks on international businesses? And they wish to be paid the ransomware in Bitcoin or in cryptocurrencies. How much longer till the sleeping giants of the world say, OK, enough of this, and that regulatory clampdown begins?

OLLIE LEECH: Yeah, I mean, this is a big problem that Bitcoin is currently facing. And for a long time, we had that issue of Bitcoin being used for Silk Road for nefarious activities. But people also sort of shy away from the fact that through Bitcoin or through blockchain technology, we’re actually able to track all of these payments. It’s all transparent. Anyone can see where these payments are going. And in fact, through Bitcoin, some huge sort of dark web websites have been taken down purely because they were able to track the Bitcoin payments to them.

So it’s kind of a double-edged sword situation. You know, it’s not great publicity for Bitcoin. But it does have a traceability element that does help apprehend these sorts of funds. And we’ve already seen the FBI actually, through some unknown method, actually managed to break into the wallets and get that ransom back. And this may set the precedent for things to come and may even deter people from using Bitcoin in the future.

SEANA SMITH: Ollie, do you look at the performance of Bitcoin during the second quarter? Obviously, there was a lot of volatility in the price of Bitcoin. We saw it significantly pull back from its highs. What do you think that means just in terms of the likely trading action that we’ll see from Bitcoin over the remaining six months of the year?

OLLIE LEECH: Yeah, sure. I mean, Bitcoin is very, very seasonal. And August is always– we’re coming up to August. And that’s typically the worst time for Bitcoin. And we usually see into the final quarter, November particularly, we’ve seen spikes in the price. So it could just be a seasonal thing. We’ve obviously had this crazy first half of the year where we had Wall Street bets. We had this Dogecoin run-up. Bitcoin touched $65,000. NFTs were booming. It was a really exciting start to the year.

And now we’ve had the Bitcoin energy consumption debate resurface. We’re having increased clampdowns from China now. We seem to be entering this kind of regulatory phase at the moment, which is driving prices down. But long term, I think– you know, I think Bitcoin still has a very bullish case. We still have halvings and things like that to look forward to, which should help to prop up prices as we go forward.

ADAM SHAPIRO: Will we be putting a fork in Dogecoin– which I prefer to call Doggy coin. But is it about time that this has jumped the shark? What would you say about the trends we saw in the last quarter about where Dogecoin may be headed?

OLLIE LEECH: Yeah, I mean, the big thing for Dogecoin is to be aware of the risks. And I think, you know, in the start of the first half of this year, we saw people getting really excited about it. A lot of people who may have never even engaged in the crypto space were buying Dogecoin because it was available on Robinhood. Everyone was talking about it.

But again, it has some serious underlying risks that people need to be aware of. And I think that as time goes on, and Elon Musk in particularly, he’s lost a lot of favor with the crypto community. So that might be hampering prices in its potential to go back to $0.69. Yeah, it’s a bit of a risky investment. And again, it doesn’t really have the utility to push it forward like Ethereum, like Bitcoin, and like some other projects.

ADAM SHAPIRO: I think we should remember Elon Musk’s mother on “Saturday Night Live,” the television show, said to him, “Do not [INAUDIBLE] Dogecoin.” All right, Ollie Leech, thank you so much for joining us. Ollie is the CoinDesk learn editor. 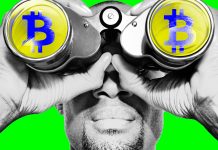 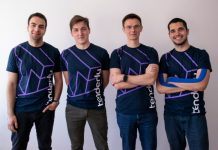 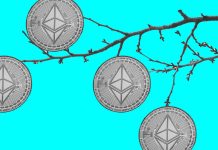 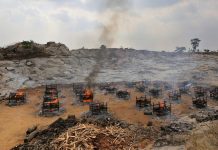