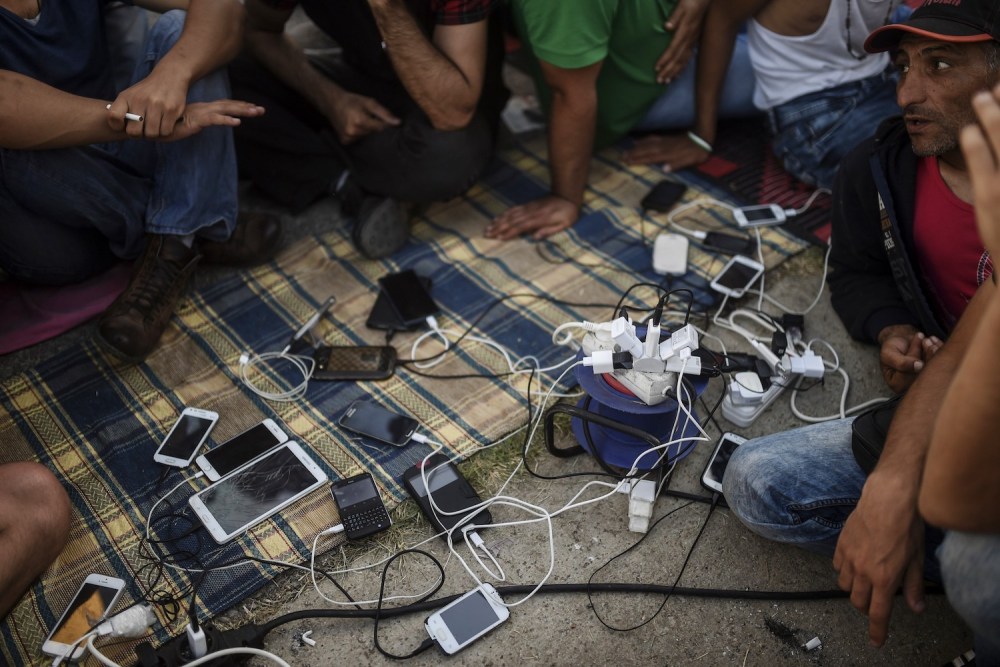 Cryptocurrencies have an image problem. And their reputation for driving reckless speculation and requiring immense energy output is richly deserved. Many of those on the market today were literally created as jokes. And others, like Bitcoin, consume as much energy as a nation. Indeed, if Bitcoin were a country, it would be among the top 30 energy users in the world, nestled between Norway and Argentina.

But the environmental hazards of Bitcoin and the irresponsible hyping of so-called meme coins such as Dogecoin by celebrities like Elon Musk belie a broader trend in the ongoing development of cryptocurrency.

Cryptocurrencies have an image problem. And their reputation for driving reckless speculation and requiring immense energy output is richly deserved. Many of those on the market today were literally created as jokes. And others, like Bitcoin, consume as much energy as a nation. Indeed, if Bitcoin were a country, it would be among the top 30 energy users in the world, nestled between Norway and Argentina.

But the environmental hazards of Bitcoin and the irresponsible hyping of so-called meme coins such as Dogecoin by celebrities like Elon Musk belie a broader trend in the ongoing development of cryptocurrency.

Over the last year, there has been an explosive growth in the research and development of blockchain technologies known as decentralized finance. DeFi, as it is called, will enable an entire financial ecosystem without conventional intermediaries like banks. Using DeFi blockchains, money can be transferred cheaply and efficiently around the world, access to capital will be broad, identity documents secure, supply chains verified, and financial contracts self-executing, among many other uses.

These technologies are no longer theoretical. They are coming online at an increasingly rapid clip and are now positioned to provide financial services to populations long excluded from financial systems, particularly in the developing world.

So far, technological achievements in the development and the use of blockchain for DeFi are mostly being heralded among the relatively small and insular community of mathematicians, computer scientists, and game theorists who have built these systems. But as more and more come online, the broader global development community, including donor governments, the United Nations, nongovernmental organizations, and philanthropies, will likely realize the implications and start to embrace cryptocurrency and the blockchain technologies that power them.

A blockchain is essentially a secure public ledger of transactions. It is secure because it is distributed across a vast network of computers that maintain the ledger; it is public because every node in the network has access to all transactions ever recorded. This makes it difficult, and in some cases mathematically impossible, to corrupt the network with fraudulent transactions.

As the world’s first viable cryptocurrency, Bitcoin offered proof of concept for blockchain technology, but it has several drawbacks. Maintaining the capacity and integrity of the Bitcoin blockchain requires specialized computers to solve complex math equations. Computers that do so are rewarded and paid in bitcoins. This is called mining, and it is the part of Bitcoin that consumes massive amounts of energy. A further drawback is that transactions on the Bitcoin blockchain are limited to sending and receiving bitcoins. It is akin to gold: It can be traded or held, but not much else.

The demonstrated potential of blockchain combined with the limited utility of Bitcoin and its destructive environmental costs gave rise to a new generation of blockchain technologies. Rather than just sending and receiving a cryptocurrency, newer iterations of blockchain technology can support applications layered on top of it. If Bitcoin is like a computer whose only function is to send and receive emails, this newer generation is akin to a computer than could send emails with attachments—and those attachments could be a loan contract, a currency exchange, a digital ID, a complex financial instrument, or other applications required to sustain a financial system.

Furthermore, anyone, anywhere in the world has access to this system. Unlike Bitcoin, this kind of blockchain can be maintained on networks of computers in ways that do not require significant energy consumption.

This is decentralized finance, or DeFi. The term itself was coined in 2018 by developers using open-source coding to make financial services available on blockchain without conventional intermediaries like banks or brokers. At first, the pace of development and adoption was slow. But over the last year and a half, DeFi applications have been coming online at an increasing pace. The value locked into such projects is now growing exponentially. In 2019, about $40 million was locked into DeFi projects. Today, the total market valuation of DeFi assets is over $100 billion.

Of great significance to the global development community, many of these new-generation DeFi platforms are being built specifically for users in the developing world who have traditionally been denied low-cost financial services or have been excluded from these services entirely.

For example, several DeFi applications are designed to significantly reduce the cost of sending remittances. In 2019, the total amount of money sent as remittances to low- and middle-income countries by workers abroad was over $554 billion. (By comparison, total official development assistance contributed by the OECD countries was about $150 billion.) But high fees have long taxed workers sending money home and long vexed the global development community. Around $30 billion worth of remittances are lost to onerous fees each year. According to the World Bank, “if the cost of sending remittances could be reduced by 5 percentage points relative to the value sent, remittance recipients in developing countries would receive over $16 billion dollars more each year than they do now.” That’s why the U.N. Sustainable Development Goals set a target of reducing to under 3 percent of the total cost of sending remittances by 2030.

Using DeFi applications that have come online in the last year, costs for transferring funds internationally are less than 1 percent—often far lower—and transactions can be completed in seconds as opposed to days. Furthermore, the advent of so-called stablecoins that are pegged to the value of a conventional currency have removed the threat of volatile price swings and made cryptocurrency more liquid and more easily convertible to fiat money.

Lowing the transaction costs of remittances is just the tip of the iceberg. DeFi applications can make access to capital simpler and cheaper in places where getting a loan is anything but. Despite the major role of small and midsize businesses in African economies, the World Bank estimates that in sub-Saharan Africa there is $245 billion in unmet financing needs for small and medium-sized enterprises. When loans are available, the interest rates can be usurious. In some countries in Africa, assuming small business entrepreneurs satisfy all their credit criteria, they can expect a small business loan with an interest rate of greater than 20 percent—sometimes far greater. Using a DeFi platform, anyone anywhere in the world can provide a loan, and the loan can be locked into a “smart contract” in which its terms self-execute without requiring an intermediary.

Perhaps most tantalizing for the global development community is the potential for DeFi to provide financial identity to people without access to banks or traditional financial institutions. “Banking the unbanked” has long been a goal of the global development community; today, 1.7 billion adults around the world lack access to modern financial services. The World Bank, the Bill & Melinda Gates Foundation, and a myriad of key players have long promoted financial inclusion as a pillar of anti-poverty work and broader economic development. DeFi offers a scalable solution that circumvents banks. Instead, internet access and a phone can connect people to a suite of extremely low-cost financial services, including savings and spending accounts.

Technological innovations designed to radically increase access to financial services in the developing world coincide with a growing body of social science research demonstrating the value and utility of direct cash transfers to people living in extreme poverty. Numerous randomized control trials show that providing people with basic income guarantees is among the most effective ways to lift them from extreme poverty, which the U.N. defines as people living under $1.90 a day. The challenge, so far, has been in implementation. It can be logistically difficult to scale up cash transfer programs.

Providing a basic income guarantee for the over 700 million people threatened by extreme poverty has been a kind of holy grail for the global development community. DeFi points to a potential solution to this challenge. In the coming years, the global development community may be able to use DeFi to put donor and government funds directly in the digital wallets of people facing extreme poverty. The advent of cryptocurrency-powered DeFi puts within reach a truly universal “universal basic income.”

Some governments in the developing world have become early adopters of blockchain in development. In April, the government of Ethiopia announced a partnership with a blockchain platform to provide identity services for 5 million students—essentially, student IDs that live on the blockchain and can track educational outcomes and achievement. Other countries, including Rwanda and Kenya, are actively weighing issuing digital currencies from their central bank to connect their fiat currency to the world of DeFi. As was the case with Kenya’s pioneering embrace of the mobile currency M-Pesa, many developers in the DeFi space are betting that countries in the developing world, and in Africa in particular, will lead the world in adoption of DeFi platforms.

To be sure, these are still early days in the development and adoption of DeFi. Cryptocurrencies in general remain a largely unregulated space. But the next generation is about to enter into maturity and become more mainstream. Although much of this is happening off the radar of the global development community, the trajectory points clearly to a future in which cryptocurrencies and the blockchain technologies they power may be productively harnessed in the service of sustainable development—and probably sooner than we think. 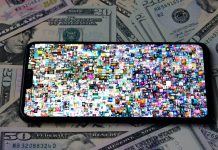 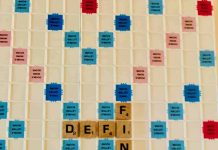 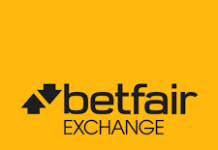 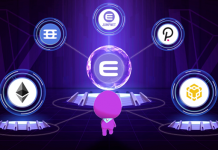 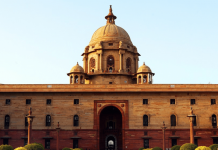