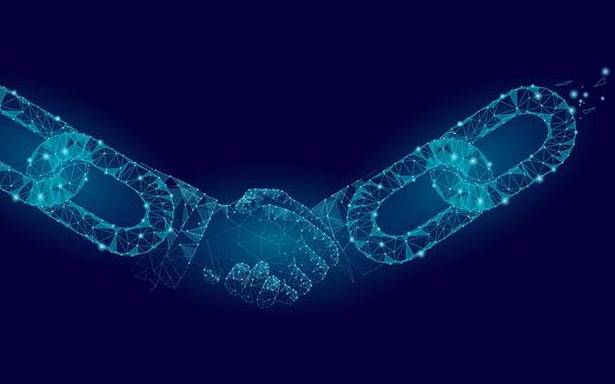 In January 2021, the Ministry of Electronics and Information Technology (MeitY), Government of India, published a draft of the National Strategy on Blockchain, which mentions 17 different uses of national importance for blockchain technology. It is interesting to see that slowly, but steadily, the Government is focusing on the business value of this simple yet powerful technology, which has been much discussed over the last few years.

Blockchain is not a new concept; the idea of using hash chains to secure pieces of data, or the concept of cryptographically secured distributed consensus has been around for some decades. However, Bitcoin, the widely debated cryptocurrency, was responsible for popularising blockchain by demonstrating its power in a decentralised set-up. Later, enterprises began finding various exciting business uses for this technology.

Consequently, we moved from Blockchain 1.0, the permission-less model used in Bitcoin design, to Blockchain 3.0, which combines the power of blockchain with automatic code execution, known as smart contracts.

So, what can blockchains deliver? Assume that you run a grocery shop, and you want to buy 50 kg of onions from a distributor. The distributor claims that farmers are not selling below ₹50 a kg, leading to a high wholesale price, plus the high cost of transport. How do you validate these claims?

The naive solution is to set up a digital dashboard where everyone — the distributors, wholesalers, farmers, transport companies, and so on — will keep updating their service costs. But then, who will host and maintain the dashboard? The distributors, wholesalers, or the transport companies cannot because they are part of the business, and might manipulate the platform to benefit them. If you buy the service from a third party, there will be an additional cost for it; for example, consider e-commerce marketplaces such as Amazon, Alibaba, Flipkart. Everyone tries to make a profit as intermediaries.

Blockchain solves this problem. The stakeholders, such as the farmers, wholesalers, distributors, logistics companies and shopkeepers, maintain their own data individually in a decentralised set-up. A decentralised computation platform interconnects them while preventing tampering of the stored data and maintaining individual data security. Further, it supports tracking the provenance of information at every step when the information is registered to the system. Additionally, once a piece of information is written, it cannot be erased or denied later on. Therefore, everyone can see and verify “who has done what”. Thus, blockchain brings transparency in a multi-organisation business set-up, which significantly reduces fraudulent activities and corruption.

Blockchain can also help in scientific research. At the Systems and Mobile Research Lab (SMRL) of the Department of Computer Science and Engineering, IIT Kharagpur, we focus on supporting interoperability among multiple blockchain networks like Hyperledger, Corda, Ripple, Quorum, OpenChain and Steller, which are being adopted by enterprises globally. We are also working on developing blockchain-based applications in our lab. One of our recently accepted papers at the 2021 IEEE International Conference on Computer Communications talks about the design and prototype implementation of a multi-cloud federated architecture where small and medium cloud service providers can use a blockchain-based open marketplace to trade cloud resources.

All these applications involve multiple organisations with conflicting business interests, thus having a significant risk of fraud, which might be challenging to track. Blockchain can bring value to such applications as the activities of individuals become noticeable, tractable, and provable.

Along these lines, Niti Aayog published a white paper, in January 2020, titled ‘Blockchain: The India Strategy Towards Enabling Ease of Business, Ease of Living, and Ease of Governance’. While the paper explains why blockchain can be a stellar technology for the making of Digital India, it also highlights the activities of Niti Aayog towards proof of concept implementation of four blockchain-based services: ‘Track and trace’ of drugs in pharma supply chains; claim verification and approval in the disbursement of fertiliser subsidy; verification of university certificates; and transfer of land records.

With such activities, we can indeed imagine a corruption-free India in the near future. Technology will have the power to force people to make the right decision, one that benefits society. While that is the “good” side, the “bad” is the likely hurdles posed to the adoption of a new technology in a diverse country like India. The “ugly” bit is rather serious — blockchain works with the principal assumption that the majority of its participants are non-malicious. It will fail if more than 50 per cent of participants behave fraudulently. Therefore, even blockchain will not be able to save us unless the “good” prevails over the “evil”. We as citizens must be aware of that. 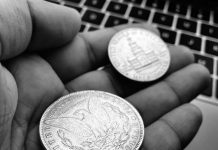 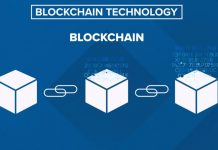 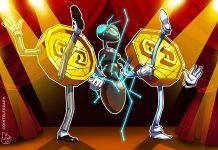 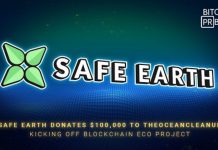 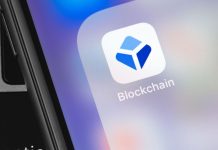 Out of Gas: Project Lowers Costs for Ethereum Blockchain Artists –...