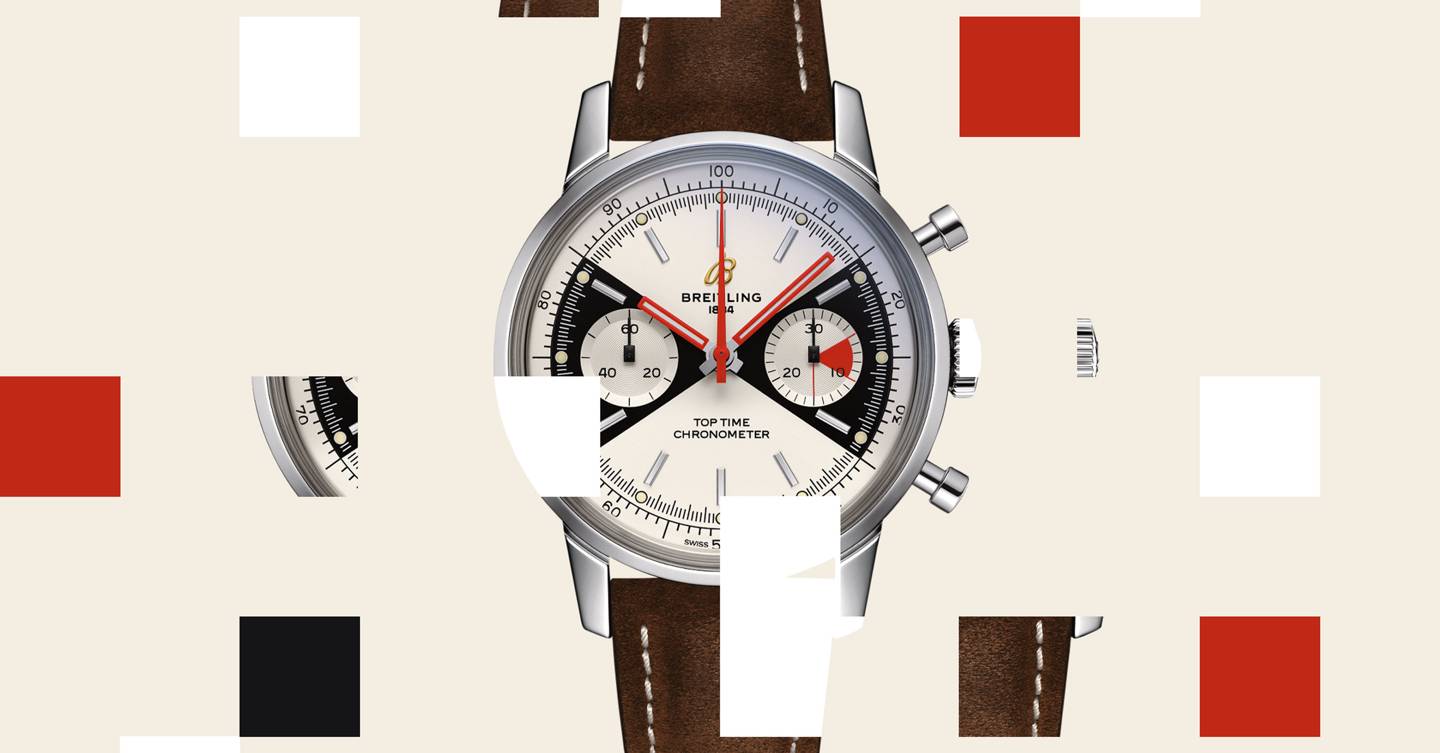 For a global business worth a reported $17 billion, driven by increasingly sophisticated online platforms, the secondary – or “pre-owned” – watch market is constrained by a singularly analogue factor. For the authentication of watches, dealers still rely on the traditional warranty cards and paper certificates issued by manufacturers.

Given that counterfeiters can now clone “super fake” watches with such sophistication that even experts get duped, trusting mere paperwork for the authenticity of items is an increasingly dubious proposition.

But blockchain technology may offer a solution. The idea of using blockchain’s distributed ledger system to ensure failsafe authentication and accountability is already being trialled everywhere from the art market and auction houses to financial services and music-rights management.

In the watch market, it offers the opportunity to create a fixed and immutable record for any watch, safeguarding transactions and devaluing counterfeits. More fundamentally, proponents argue it could transform the entire nature of watch ownership, as a watch’s digital “identity” – and by extension, its connection back to the brand itself – remains secure and constant even as the watch itself changes hands multiple times.

French entrepreneurs Guillaume Kuntz and Marc Ambrus launched Watch Certificate, a side venture to their online marketplace Tradeewatches, in the teeth of the Covid-19 lockdown. For between €99 and €299 (depending on the value of the watch), their service enables clients to put a watch through a detailed checking and authentication process. A physical steel card is then provided, bearing a QR code linked to a digital certificate secured in the blockchain. The checks themselves are carried out by watchmakers local to the client, selected by Watch Certificate, and validated by independent experts. Kuntz describes this as amounting to the creation of a passport for a luxury watch, which can be viewed via a phone app.

“The certificate is a tamper-proof document, with 42 checkpoints and high-definition pictures including the movement and the serial number,” Kuntz says. “For the buyer, it is a guarantee that the watch is real, but it also details the condition and authenticity of the parts, which is particularly useful in the vintage world where each part can have a strong impact on the value of the watch.”

For newer watches, ultimate authenticity comes from the brand itself. Until recently there was little incentive for makers to engage with a pre-owned market they saw as fundamentally undermining their brand equity, but the relationship is becoming far more reciprocal. On the one hand, brands have been forced to grapple with a free-flowing grey market fuelled by the vast oversupply of watches made during the boom years. But more fundamentally, they are facing a clientele whose values are changing.

“By next year, gens Y and Z will represent more than half of luxury consumers, and they’re generations that shop very differently,” says Pierre-Nicolas Hurstel, co-founder and CEO of Arianee, a consortium that has developed an open-source protocol for creating “digital identities” for valuable items. “Luxury objects are increasingly seen as assets that not only keep or gain value, but are now more liquid. So authenticity, transparency, and being able to transfer it safely is important.”

Brands and luxury groups are waking up to blockchain’s potential to aid a secure and legitimised industry in which the markets for new and pre-owned products effectively merge. LVMH, the world’s biggest luxury group, has said that it is developing its own blockchain platform, though it has released no details. Its rival, Kering Group, has been working with another French startup, Woleet, to develop a blockchain-based warranty system that was unveiled in January with its high-end watch brand, Ulysse Nardin.

Each Ulysse Nardin watch now receives a digital warranty certificate anchored in the Bitcoin blockchain, which includes a serial number, warranty card number and warranty end date, and the validity of each certificate can be checked via a widget on the brand’s website. “We want to provide secured proof to our end customers, and thus create trust as regards the authenticity of all our products,” says Patrick Pruniaux, Ulysse Nardin’s CEO.

“The second step in this deployment will cover the transfer of ownership of the certificate. Also, why not eventually have a record of all the maintenance operations on our watches in the blockchain?” Pruniaux says.

Why not, indeed? The possibility of implementing additional services is propelling interest around Hurstel’s Arianee platform, whose open-source setup allows for exactly that. Since mid-2019, Vacheron Constantin has been piloting it for its “Les Collectionneurs” project of restoring and selling its own vintage watches, which now come with digital certification.

And in February, Breitling, among Switzerland’s largest independent watchmakers, announced the launch of the first brand new wristwatch, a fashionably retro limited edition “Top Time” chronograph, with authentication backed by the Arianee protocol. This provides an e-passport containing “a digital, inalterable and augmented identity” for each individual watch, as well as a function allowing the legal transfer of the digital identity to a new owner.

Third parties or brands themselves can build in additional services using the protocol. These could range from managing servicing and warranty extensions to loyalty programmes and special events, and even facilitating resale, all managed in privacy via the Arianee wallet.

“Brands struggle with needing to know their customer more, but respecting their privacy, which is so important in luxury,” Hurstel says. “This gives them a relationship that is not just based on transaction, it starts to propose a circular experience. Enjoy services and experiences through the product you own, and then sell it safely and easily.”

While uptake is in fledgling stage, a glance at the membership list of the consortium which collectively owns and has access to the Arianee technology reveals how seriously its possibilities are being taken. Besides Breitling and Vacheron Constantin, watchmakers including Audemars Piguet, MB&F, Roger Dubuis and Manufacture Royale are all present.

And most strikingly, so too is Richemont Group itself – owner not just of Vacheron Constantin, Cartier and an array of high-end Swiss marques, but of luxe e-commerce behemoth Yoox Net-a-Porter, and the major pre-owned platform, Watchfinder. And speaking of pre-owned, Rolex may not yet be on board, but look at any best-selling second-hand watch list and Rolex will likely be top. Besides, Hurstel says more big players are waiting in the wings: “Things are suddenly going faster.”

Transparency will likely be blockchain’s other significant innovation for Swiss watchmaking’s famously closed shop. In the fashion industry, the technology has long been touted as a means for driving ethical and sustainable supply-chain practices, increasing traceability of materials and encouraging openness from brands. The same is potentially true in the watch industry, where the “Swiss Made” label has become a subject of both controversy and opaque efficacy.

Breitling CEO Georges Kern, who has just this week announced that all of the brand’s watches going forward will employ blockchain technology, sees this as a crucial factor. “Blockchain is something we are going to face everywhere in ten to 15 years – you’ll be able to understand where the cotton in your shirt was collected, and what factory it was produced in, and not only will you know, but you’ll want to know,” he says. “This transparency will be there both in the source and in the life of the product. The next step will be to extend it to the whole supply chain.”

The change to know how much of a watch is really made in-house, or indeed in Switzerland – factors that tend to fuel grand claims in Swiss PR departments, but are seldom tested – would make blockchain’s technology transformative not just for the way watches are sold or owned, but the way they’re made, too.

💿 Meet the Excel warriors saving the world from spreadsheet disaster

🚀 Inside Gravity’s daring mission to make jetpacks a reality

🧥 Don’t get cold this winter. How to the get the most out of your home heating

🔊 Listen to The WIRED Podcast, the week in science, technology and culture, delivered every Friday 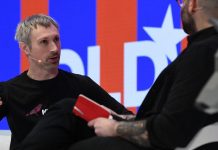 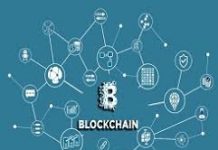 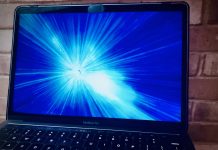 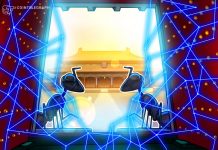 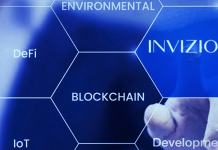 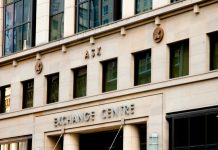 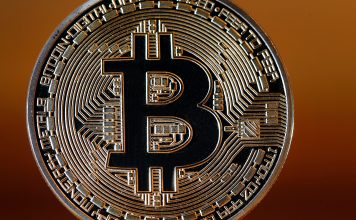 Revenge of the AI Nerds: How Blockchain Will Save Our Lives and...