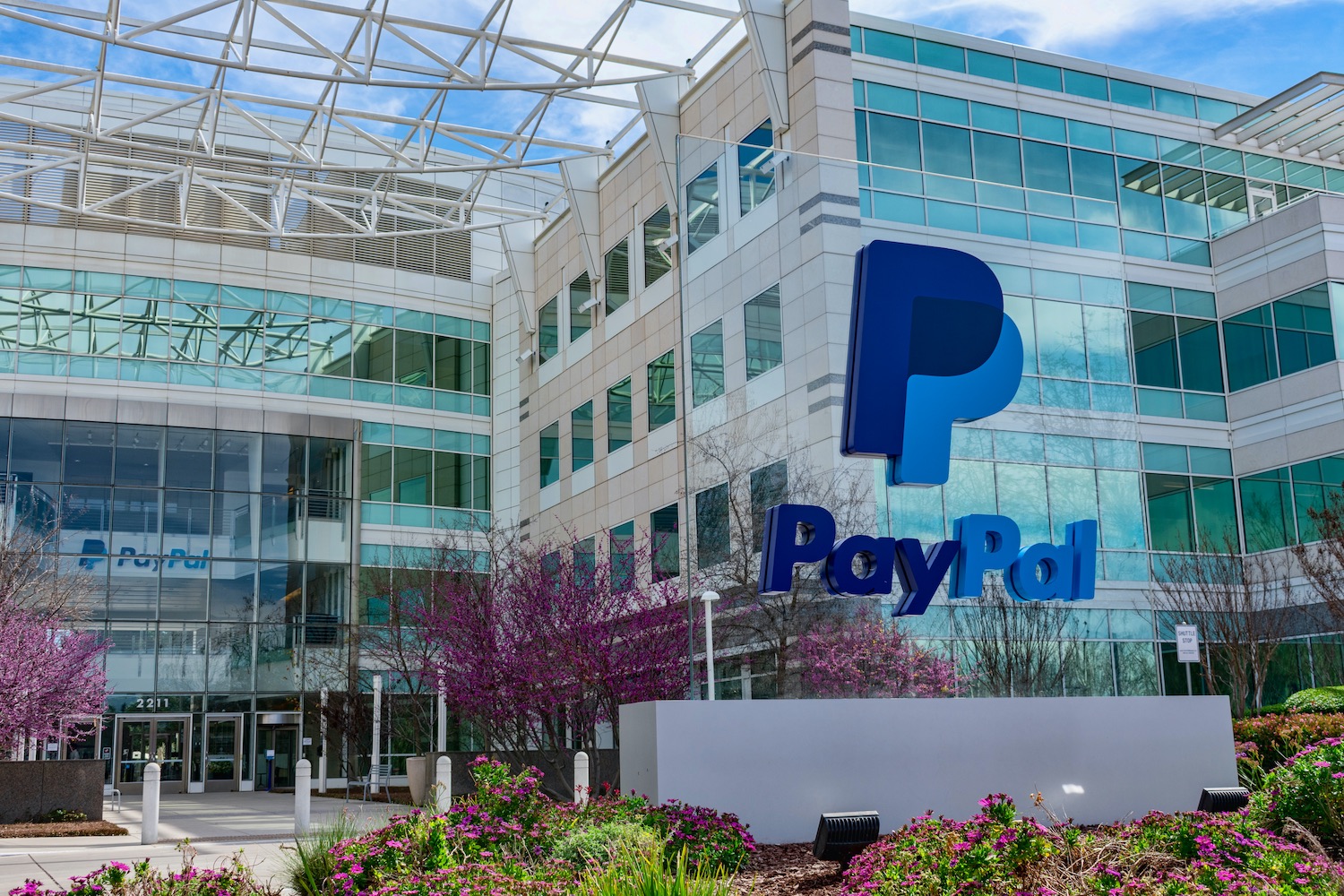 Yesterday, it came to light that crypto functionality may come to PayPal and Venmo. If true, as substantiated by three anonymous sources and indicated by an open position for a senior blockchain research engineer, 325 million users would be able to buy and sell crypto.

“If it does happen, it has the potential to be the biggest crypto on-ramp ever,” Mati Greenspan, founder of Quantum Economics, told Blockchain Bites.

It’s an interesting time to consider rolling out direct sales of crypto, which could happen within three months, according to a source cited in the original story.

Amid the COVID-led market turbulence, crypto has emerged as a relatively safe bet for investors. As CoinDesk First Mover reports, crypto has tracked traditional assets like the S&P 500, while also recording an approximately 30% gain year to date. This performance in a global rut led JPMorgan analysts to conclude crypto is here to stay.

“Now that the blockade has been busted and everyone who wants to can buy bitcoin, there’s not much point boycotting it,” Greenspan said. “May as well make a few bucks on your way out.”

Questions remain. “I am waiting to see how this will be executed,” Ouriel Ohayon, CEO of ZenGo, told Blockchain Bites. “Will PayPal give customers control to move their cryptos outside of PayPal? Will their fee model be friendly? Will they have a wide choice of crypto assets to buy and sell?”

Perhaps most important is whether bitcoin’s success will lead to PayPal’s demise.

“We can only assume that the reason they haven’t done it until now is because bitcoin has the potential to render their service useless,” Greenspan said.

Travel Rule & Compliance
ING Bank has developed a protocol to assist with the Financial Action Task Force’s Travel Rule requirement for crypto exchanges and firms dealing in digital assets, which has been backed by Standard Chartered Bank, Fidelity Digital Assets and BitGo, plus a gaggle of other familiar firms from the crypto space. It’s the first time a bank has been involved in a crypto Travel Rule solution. Notabene also joined the race to find a FATF-friendly “trust framework” tool for crypto exchanges. While KPMG Chain Fusion, built by the big four auditor, is a new data management product that can connect with blockchains and traditional systems, to help firms remain in compliance.

Reshaping Industries?
Economists at the Federal Reserve said that “fears of a so-called global stablecoin” envisioned by the early version of Libra were “overstated,” and the currency was unlikely to have lived up to its sovereign currency-killer hype. Meanwhile, Vanguard ran a pilot with blockchain startup Symbiont, Citi, BNY Mellon, State Street and an unnamed ABS issuer to see if repackaging contractual debt into bonds can be simplified. They found the full life of a digital asset-backed security (ABS) on a blockchain can be settled in 40 minutes versus the 10 to 14 days it would take in a paper-based setting.

Internet Stuff
Handshake, the crypto project trying to decentralize the internet’s infrastructure, now has a native browser. The fully-private HandyBrowser is able to access Handshake-specific sites as well as the traditional web, theoretically at speeds greater than the traditional Domain Name System’s stack. BlackBerry and Intel have joined the fight against crypto-mining malware with the launch of its BlackBerry Optics Context Analysis Engine, a detection tool for Intel’s commercial PCs.

Regulatory Loops
The Reserve Bank of India’s indecision around crypto regulation is stifling the blossoming industry, said multiple startup founders. For one, Nischal Shetty, CEO of WazirX, said trading volume went up by 400% after the recent Supreme Court ruling – allowing banks to work with crypto firms – but that it could have been even better with clear guidelines from the RBI. Elsewhere, Berlin-based security token startup Neufund shut down its security token platform, citing regulatory uncertainty from Germany’s Federal Financial Supervisory Authority (BaFin).

Volatility Squeeze
For the fifth straight week, bitcoin is locked in a low-volatility squeeze similar to one seen ahead of a sudden $2,350 rally in October 2019. The Bollinger bandwidth, a price volatility gauge, has declined to 0.08, the lowest level since mid-October 2019, when bitcoin witnessed a bull-bear tug of war in the range of $7,700–$8,600 for over three weeks, starting from Sept. 26, 2019 (above right). A prolonged period of low-volatility consolidation often paves the way for a big move in either direction, according to technical analysis theory.

Liquidity Burst
Bitcoin’s liquidity on derivative exchanges such as Binance, BitMEX and FTX continue to rise, despite a clear directional bias in prices, a sign of a sustained rise in investor interest. In fact, the order book depth on FTX, as represented by the number of buy and sell orders at each price, now matches the depth seen on industry leader BitMEX.

First Mover: Three Arrow’s Gambit
Three Arrows has purchased $200 million of shares in the publicly traded Grayscale Bitcoin Trust. CoinDesk’s First Mover breaks down the logic behind this move. “The strategy of the trade comes from the dual ownership structure of the Grayscale trust, which is essentially a single-asset fund focused on bitcoin, and often referred to by its stock-trading ticker, GBTC,” they write. Institutional investors can create new GBTC shares or buy them at “net asset value” that’s marked daily, while retail buyers can only buy publicly traded shares at market price. Because the market price is typically about 20% higher than the value of the assets in the fund, this opens an opportunity for funds like Three Arrows to hold newly minted shares and then resell them at a profit later, if the premium holds up. (Grayscale is controlled by Digital Currency Group, the cryptocurrency-focused investment firm that also owns CoinDesk.)

DeFiduciary Duty
Lex Sokolin, a CoinDesk columnist and Global Fintech co-head at ConsenSys, thinks DeFi protocols should have a fiduciary duty. While these powerful tools are opening new economic realms, “we need fundamental change not for the sake of change, but for the sake of empowering people to live better financial lives,” he said.

The Macro Context
Some of the smartest investors in the crypto space, including Ari Paul, Spencer Bogart and David Nage, share how they think the larger macro context is shaping interest in bitcoin and digital assets. 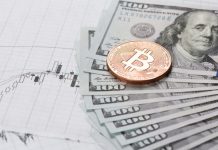 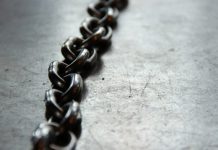 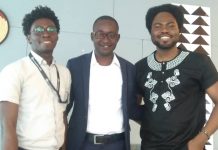 Blockchain technology on the rise in Rwanda

An Insight into Blockchain and IP’s Cryptic Relationship | Lexology 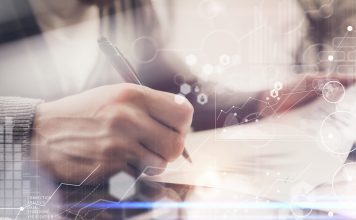 While Bitcoin Is Down, Big Players Continue To Pour Money And...