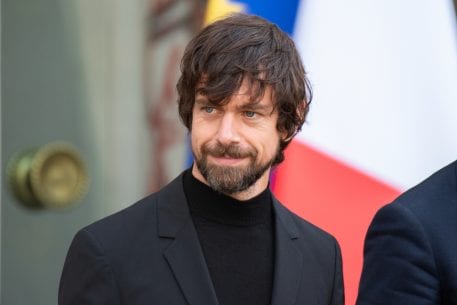 When it comes to bitcoin, Twitter founder and CEO Jack Dorsey is all in.

“I think the internet warrants a…native currency and…bitcoin is probably the best manifestation of that thus far,” CoinTelegraph.com reported he told Reuters. “I can’t see that changing given all the people who want the same thing and build it for that potential.”

Bitcoin, Dorsey said, is founded on principles similar to the driving force behind the web.

“The internet is something that is consensus driven and is built by everyone, and anyone can change the course of it. Bitcoin has the same patterns, it was built on the internet,” he said.

His enthusiasm is easy to understand.

Last month, Square’s earnings from the company’s Cash App, with which users can purchase and sell bitcoin, generated $875 million of bitcoin revenue and $17 million of bitcoin gross profit during the second quarter of 2020, up 600 percent year over year.

The revenue and gross profit benefited from an increase in active bitcoin users as well as growth in customer demand for the service. By comparison, Square has been a supporter of cryptocurrency, which generated $65.5 million in revenue in the first quarter of 2019.

“We deduct bitcoin revenue because our role is to facilitate customers’ access to bitcoin,” Square said in its shareholder letter. “When customers buy bitcoin through Cash App, we only apply a small margin to the market cost of bitcoin, which tends to be volatile and outside our control. Therefore, we believe deducting bitcoin revenue better reflects the economic benefits as well as our performance from these transactions.”

Bitcoin is a cryptocurrency invented in 2008 by an unknown person or group of people using the name Satoshi Nakamoto and started in 2009.

In the interview, Dorsey said it’s important to focus on improving users’ experience of Bitcoin to foster widespread adoption. Cryptocurrency must evolve to become intuitive to use, as convenient as the digital payments platform, he said.