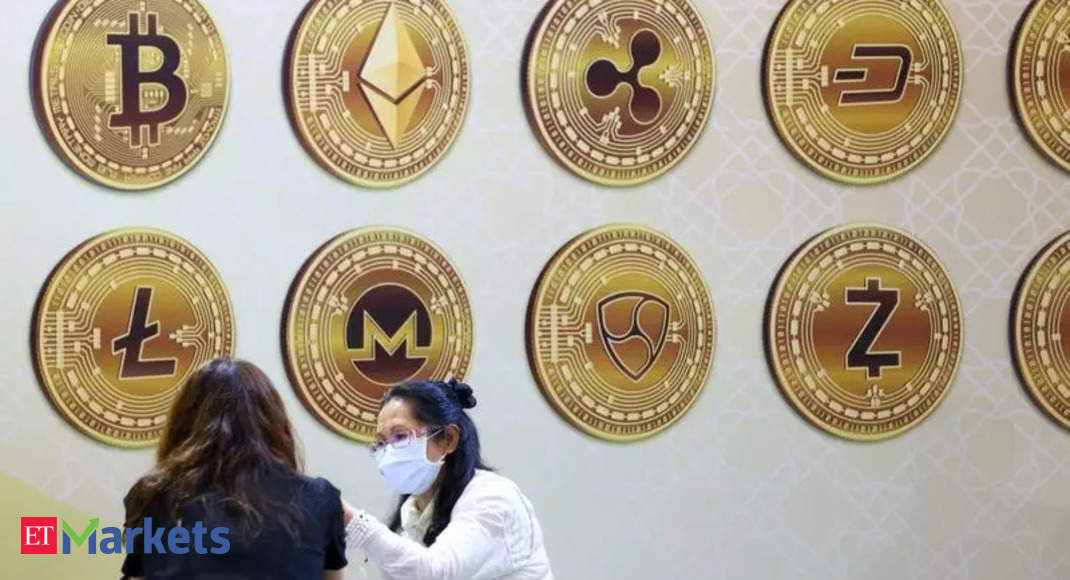 NEW DELHI: Digital currencies bounced back on Tuesday, recouping some of the losses in a weekend selloff sparked by renewed signs of a Chinese crackdown on the emerging sector. Bitcoin, the biggest cryptocurrency by market value, held on to the recovery from the weekend drop.

The digital token market held its ground after losing $830 billion last week, in which policymakers stepped up their response to the popularity and volatility of cryptocurrencies. Despite Tuesday’s bounceback, crypto tokens are 40 per cent off their recent highs.

The main catalyst for the slump on Sunday was cryptocurrency miners – that mint cryptocurrencies by using powerful computers to solve complex math puzzles – halting Chinese operations in the face of increasing scrutiny from authorities.

Bitcoin was last up 7 per cent at about $37,600, erasing losses of 7.5 per cent from the previous day, but still down more than 40 per cent from a record high registered last month.

Ethereum, the second-largest cryptocurrency, jumped nearly 19 per cent to $2,491, after slumping more than 8 per cent on Sunday to near a two-month low. Ether has fallen by almost half from a peak hit earlier this month.

“The general crypto markets saw a sharp recovery with the overall market capitalisation rising up to 10 per cent. A lot of buying seems to be happening in the west and is providing strong support to Bitcoin and other coins as well. The recovery is another sign that we are entering into the consolidation phase and markets will be range bound till Bitcoin breaches the psychological barrier of 45k,” said Edul Patel, CEO and Co-founder, Mudrex

Crypto markets have been quite volatile over the past two weeks. Several virtual currencies other than Bitcoin have seen major price rebounds after last week’s crash. Two altcoins that have stood out as they almost doubled in value since early Monday morning are Polygon (MATIC) and Maker (MKR). Each recorded over 100 per cent growth as the markets started to recover.

As of 9:50 am on May 25, these are the prices of the 10 largest cryptocurrencies by market capitalisation (data from coinmarketcap.com):

Maker charts have given a breakout after consolidation. Within a month, the asset made an all-time high of $6,931, surging almost 181 per cent. This was followed by a sharp correction with the price plunging almost 71 per cent, making a low of $1,832.

Technically, Maker has taken support at the 78.6 per cent Fibonacci retracement level, and the candle has made a longer lower shadow, indicating buying at lower levels. For the asset to further up, it needs to break and sustain the resistance level of $5,017.