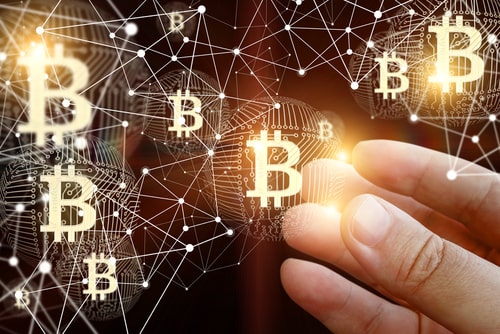 Editor’s Note: Get caught up in minutes with our speedy summary of today’s must-read news stories and expert opinions that moved the precious metals and financial markets. Sign up here!

(Kitco News) Speculators who are waiting for bitcoin to either skyrocket to record-highs in a week or plunge back to below $4,000 are wasting their time as the days of massive bitcoin volatility are likely over, according to one fintech CEO.

Since the halving in May, bitcoin has been trading largely sideways without any sparks or excitement. At the time of writing, bitcoin was trading at $9,242.90, down 0.10% on the day.

“The days of bitcoin jumping from $9,000 to $20,000 are over. It will definitely climb back to those prices over time as bitcoin remains undervalued. But it won’t jump overnight or over a week to $20,000,” Interlapse CEO Wayne Chen told Kitco News on Thursday.

Volatility becomes less aggressive as the crypto market matures. “You are still going to see spikes, but they won’t be at the magnitude of what it used to be,” Chen said.

The good news about this is that bitcoin seemed to have found a floor around $7,500 following March’s COVID-19 sell-off and recovery.

“A 50% drop now could only be caused by big whales moving the market. But even that wouldn’t put negative connotation on bitcoin. Generally, people understand what bitcoin is here to do and it is here to stay. If it starts moving down drastically … the price will recover,” Chen pointed out.

The biggest price moves in the space will begin in September and last through to January, the CEO pointed out. “You are not going to see any action until September or October,” Chen pointed out.

Price swings are more aggressive between that time as investors have more spare cash to go around and speculate with.

Chen sees bitcoin slowly accelerating upwards starting from September, if the U.S. economy continues to improve. He does warn that if the second coronavirus wave hits in the fall, bitcoin prices won’t do so well, noting that the cryptocurrency is not a great store of value during a pandemic.

For people to be interested in bitcoin, the global economy needs to be more stable, added Chen.

“With everything being so unstable in the stock market, bitcoin is being seen as a secondary asset to invest in. The big retail investors are less concerned about bitcoin prices right now and more concerned about stock prices,” he said.

News of big corporations or institutions starting to accept or sell bitcoin will be a game-changer for the cryptocurrency with a potential to trigger a rally back to $15,000, said Chen.

“For bitcoin to climb back to $12,000-$15,000 range it needs more big corporations or institutions come into the market,” he said. “We recently heard speculation that PayPal will be launching their own way to buy bitcoin and other virtual currencies, which is huge. Adding virtual currency in that platform already helps to escalate understanding of bitcoin. That’s an example of getting more of a bullish signal. If they do launch the product, you could see bitcoin climbing very steadily and fast.”

Pay attention to the hash rate

Despite sideways prices, the bitcoin mining network is stronger than ever as its total computing power is at a new all-time highs of 125 EH/s.

“The irony of that is that the hash rate has been hitting all-time highs in the recent months. This means that a lot of people are putting money into mining but the prices haven’t really increased. That just goes to show that what we are seeing now is more of a bottom in prices. Bitcoin price is generally stable at $9,000. Even if it dips a bit, it won’t dip a whole lot,” Chen said.

Ever since the halving in May, bitcoin miners have been getting just half of the rewards per block mined.

“Now, miners receive 6.25 bitcoins per mined block,” Chen said. “But for the hash rate to be hitting all-time high, it means that miners are generally speculating that prices will increase.” 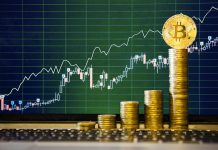 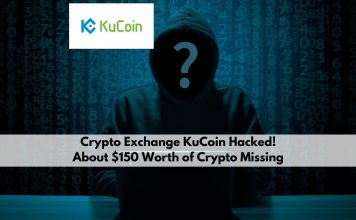 From bitcoin to QAnon: bits to qbits