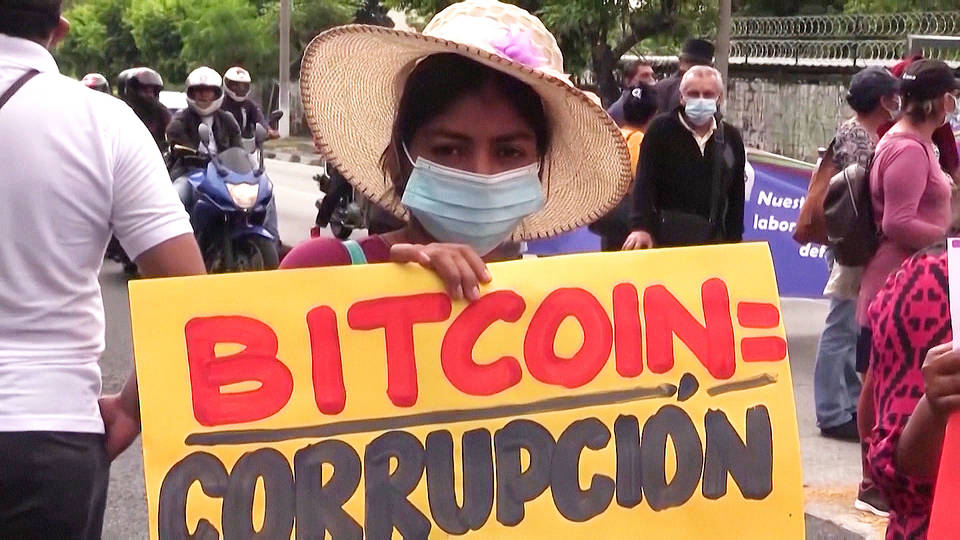 HAVANA TIMES – In El Salvador, hundreds of people took to the streets of the capital San Salvador earlier this week protesting the adoption of Bitcoin as an official currency — making El Salvador the first nation in the world to do so. The law, spearheaded by President Nayib Bukele, takes effect next week. Critics warn of drastic fluctuations in cryptocurrency’s value and say Bitcoin is often used for money laundering. Opponents also worry about the economic impacts on poorer communities, many of which don’t have access to bank accounts or smartphones. This is a Salvadoran union leader.

Stanley Quintero: “The technology implemented for the use of this coin is still very expensive for Salvadorans, especially our older adults. It’s high-end technology that’s needed to handle this virtual currency.”

How low will Bitcoin go? The history of price bubbles provides...