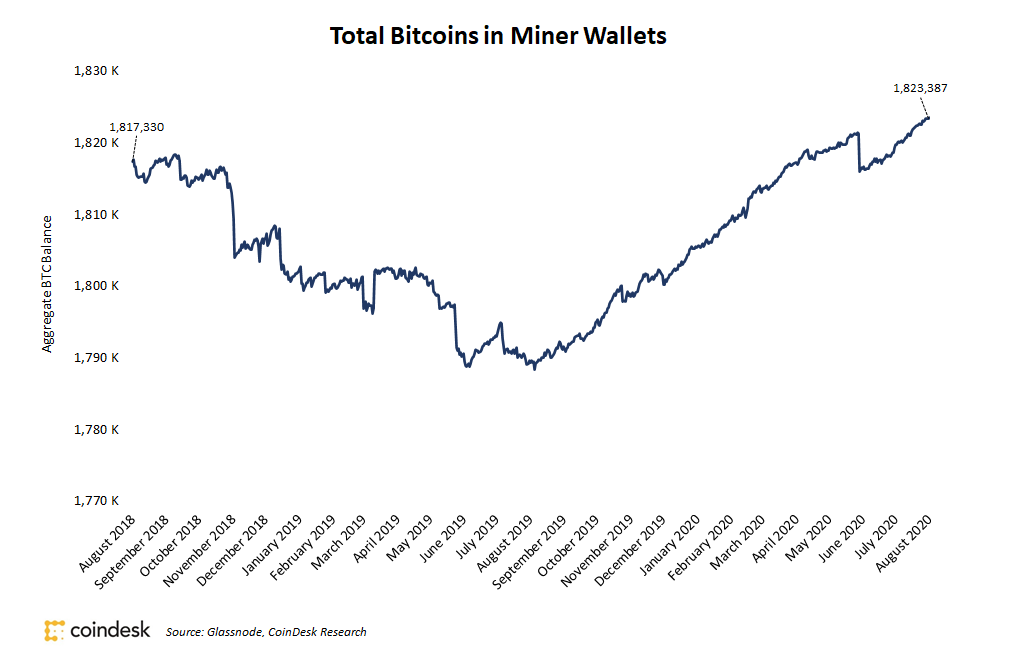 Bitcoin miners are holding more bitcoins than at any point in the past two years as the cryptocurrency continues to trade above $11,000, signalling increased bullishness about future gains.

According to wallet addresses tracked by Glassnode, miners are holding a total of more than 1.82 million bitcoins, setting a two-year high and continuing a noticeable upward trend that began in September 2019. In just the last year, aggregate holdings by miners have increased by roughly 2%, excluding growth from other bitcoin miners not tracked by Glassnode.

There are three possible causes for the increase in total bitcoins held by miners:

Second, the rotation in hardware as miners order, receive and deploy new machines, according to Harry Sudock, vice president of strategy at GRIID, a data center and mining infrastructure company.