One of the most interesting developments to be announced at CoinGeek Live was that nChain has co-led a $5.5 million series A financing round in Cambridge-based location data firm GeoSpock. The virtual conference audience got to hear the CEOs of both nChain and GeoSpock talk about the investment, the work that GeoSpock does and how nChain, GeoSpock and Bitcoin SV are expected to work together to transform data generated by the physical world into insights useful for decision makers.

“At nChain, we believe that Bitcoin is the ideal base-layer technology for dealing with real-world data due to some unique features of this massively-scalable, append-only, single source of truth,” said David Washburn, CEO of nChain.

“We help enterprise level organisations harness their data and make it transactable. The focus is often on digital data, but now imagine the data produced in the physical world—transit data, agricultural data, personal data. Harnessing data at that scale creates all kinds of opportunities, uncovering insights and opportunities at the scale of cities, nations and the entire planet.”

GeoSpock and Bitcoin SV, Washburn says, is critical to making that happen.

Much of CoinGeek Live was dedicated to the concept of scalability, a pre-requisite for the world to get behind one chain and reap the benefits. It’s also a critical factor when considering the future of data, as Baker pointed out during his presentation at the event. He invited us to take a glance at the future: 83 billion Internet of Things endpoints by 2024, the doubling of mobile traffic every four years and the generation of 54 exabytes of IoT data by 2022.

As was articulated by Baker’s slideshow: “You can’t use an old map to explore a new world.”

This is where GeoSpock comes in. GeoSpock is concerned with location data: at its simplest, the record of what we do and where and where we do it, telling us where people and objects are in relation to a particular geographic location. 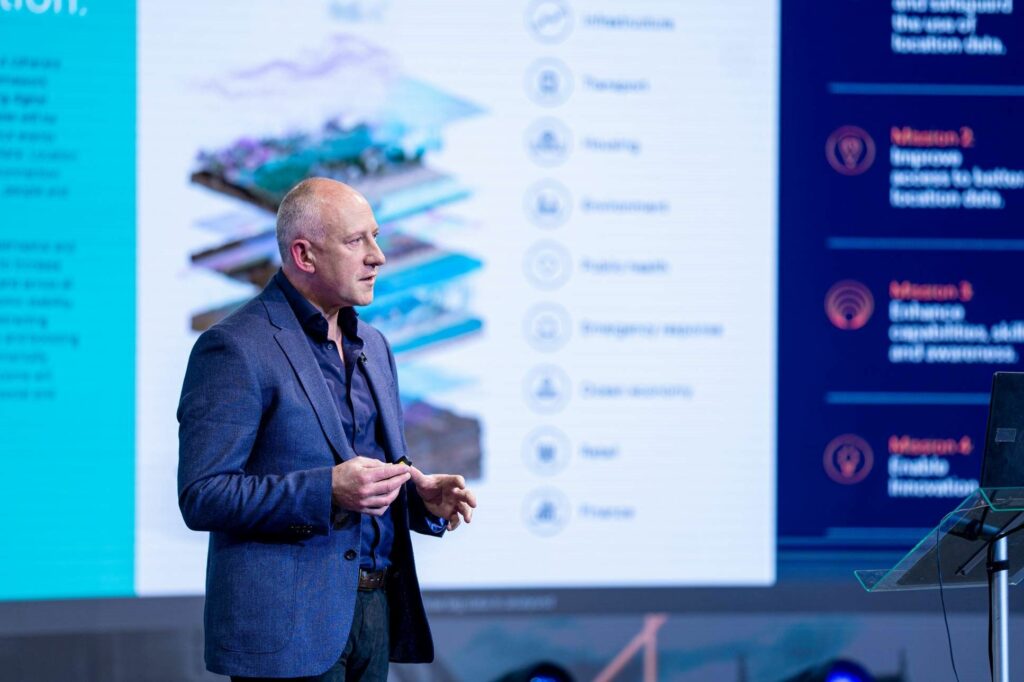 “In our world, we refer to this data as the machine to machine data. But ultimately, how you capture it, transform it and translate it for decision making and understanding is at the heart of how we built our business at GeoSpock.”

The potential is already widely recognized, and the rewards are great. The UK’s Geospatial Commission reported that location data has a potential economic benefit to the U.K. of up to £11 billion per year. 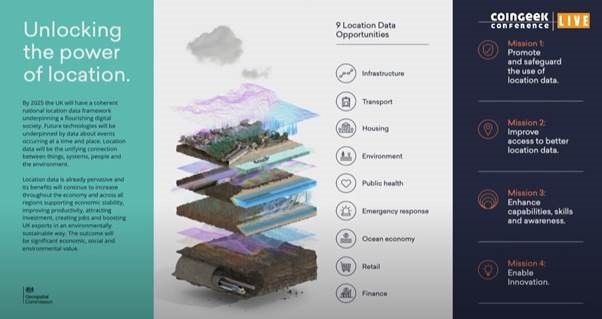 The power of location (from Richard Baker’s slideshow)

One such application, according to Baker, is carbon footprint reduction. At the heart of any strategy designed for that purpose will be location data concerning the transport of people, goods and services around the location in question. How many vehicles are travelling through a given area in a given space of time? How many people are in those vehicles? How many are delivery and service vehicles, and how many end-customers are they serving?

He acknowledged that there are barriers. Existing database solutions struggle to cope with the exponential data increases because they were designed for data produced by humans. There’s a natural cap on how much of this data is produced—the population and the capacity of that population to produce data—but in a world where virtually everything can be a smart device, data is being created at a rate never seen before.

This is GeoSpock’s jewel: GeoSpock DB, a unique database which works at any scale while maintaining high performance and enables the kind of complex, real-world analytics that are promised by the company. This is where they are differentiating themselves: potentially, for the first time, and with help from the technology of Bitcoin SV, there will be a database that can scale and grow alongside the amount of data being produced by our future smart societies. “For me, and in our collaboration with nChain, the opportunity here to turn real life events and transactions into a new economic opportunity is truly exciting. I think at the heart of what we think about and what powers our vision is, in the same way that google indexes the internet, our role and our vision is to index the physical world, and make it searchable. The opportunity for Bitcoin SV in this context to be the protocol, the infrastructure in the physical world, particularly for transactions, is immense.”

Watch GeoSpock’s presentation, Exploring the Opportunity to Digitise the Physical World with the Bitcoin Blockchain. 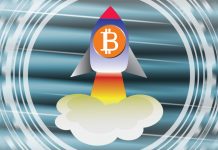 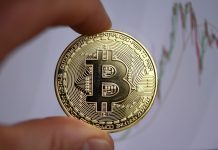 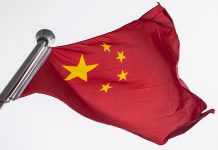 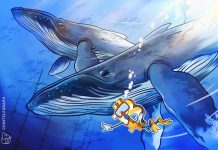 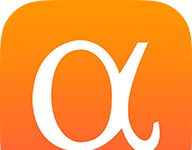 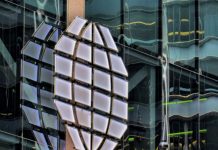 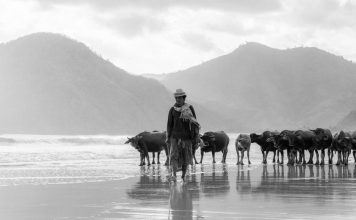 Dispelling the Myth That Bitcoin Proponents Want a Cashless Society |...