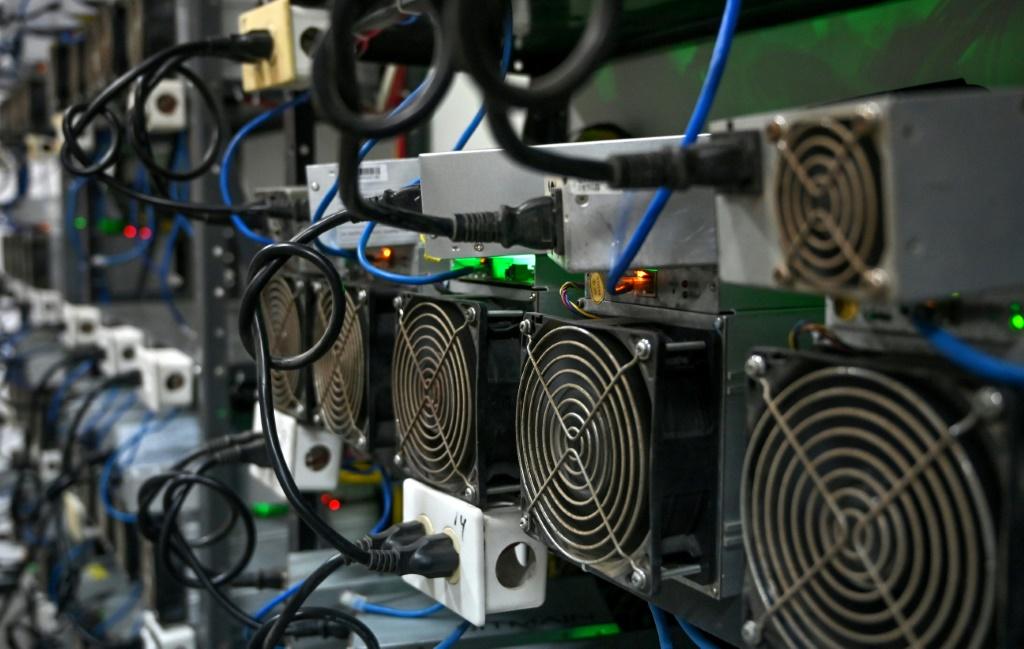 On a factory floor in Caracas, the din of dozens of computers working non-stop is deafening. This is the sound of a bitcoin mine — one of several in a country where cheap electricity has made crypto mining a rare profitable endeavor.

At the enterprise called Doctorminer, in eastern Caracas, nearly 80 computers — worth about $400 apiece and each the size of a shoebox — generate some $10,000 in bitcoin equivalent per month.

The electricity bill for all this? “I think not even $10 a month,” said Theodoro Toukoumidis, CEO of Doctorminer, founded to erect crypto mines countrywide and provide the required machines.

In Venezuela, a country in recession and contending with the world’s highest inflation of nearly 3,000 percent in 2020, crypto mining presents a rare opportunity for making money Photo: AFP / Federico PARRA

“We have discovered a way to generate income effortlessly… transforming energy into money,” he told AFP.

In a country in recession and contending with the world’s highest inflation of nearly 3,000 percent in 2020, crypto mining presents an economic opportunity for a lucky few.

This is made possible by one of the world’s lowest electricity prices: the commodity is heavily subsidized by the Venezuelan government.

“Mining” is one way of raising crypto currency, putting high-powered computers to work to solve complicated mathematical problems — and the price of electricity is a major obstacle for miners in many countries.

As the value of the bolivar has been decimated by years of economic crisis, bitcoin has become increasingly accepted as currency in Caracas Photo: AFP / Federico PARRA

But in Venezuela, the rock-bottom rate overrides most other considerations, including power cuts — frequent in a country where public services have all but collapsed, but less spotty in the capital Caracas than elsewhere.

Nor are cryptopreneurs in Venezuela put off by Latin America’s third-lowest fixed broadband internet speed.

Main points on the blockchain and how the cryptocurrency is ‘mined’. Photo: AFP / John SAEKI

Toukoumidis sold his car and his partner a motorcycle, each to buy a mining computer. In 2016, in the dining room of his house, the pair began to build computers to sell.

The venture proved popular, with many people wanting to invest, even “without understanding anything at all” about crypto mining, said Olmos.

Today, Doctorminer has some 1,500 miners connected to its grid, according to the company’s website.

As the value of the bolivar has been decimated by years of economic crisis, bitcoin has become increasingly accepted as currency in Caracas.

“Having crypto money is a way out of hyperinflation… an extra tool for confronting the crisis,” said Olmos.

According to Olmos’s consulting outfit Olmost Group Venezuela, transactions with cryptocurrency peaked at $303 million in Venezuela in 2019, before the coronavirus epidemic.

And this is nowhere near the full value of crypto money in circulation, said the analyst, as it does not factor in the currency generated by mining.

“There is a massive economic activity that is unseen,” Olmos said.

He told AFP he made his money back in three months, and estimates he has earned some $20,000 in all.

But the windfall brought about unforeseen difficulties — the reason Pedro declined to give his full name.

The currency and the practice of mining it are legal, but police frequently arrest miners for failing to jump through bureaucratic hoops.

Reports of extortion are rife in the country that ranks a lowly 176 out of 180 on Transparency International’s Corruption Perceptions Index, and where public officials demanding bribes is a common problem.

Many Venezuelan miners end up behind bars for lacking paperwork, according to specialist websites such as CriptoNoticias.

“It is something that is better not to talk about,” added Pedro of his line of work.

The government of Nicolas Maduro has also tried to get in on the action, launching the Petro currency in 2018. It was banned by the United States and widely branded a scam.

The same year, Venezuela launched a crypto regulator named Sunacrip, which has since introduced a register of crypto miners in the country.