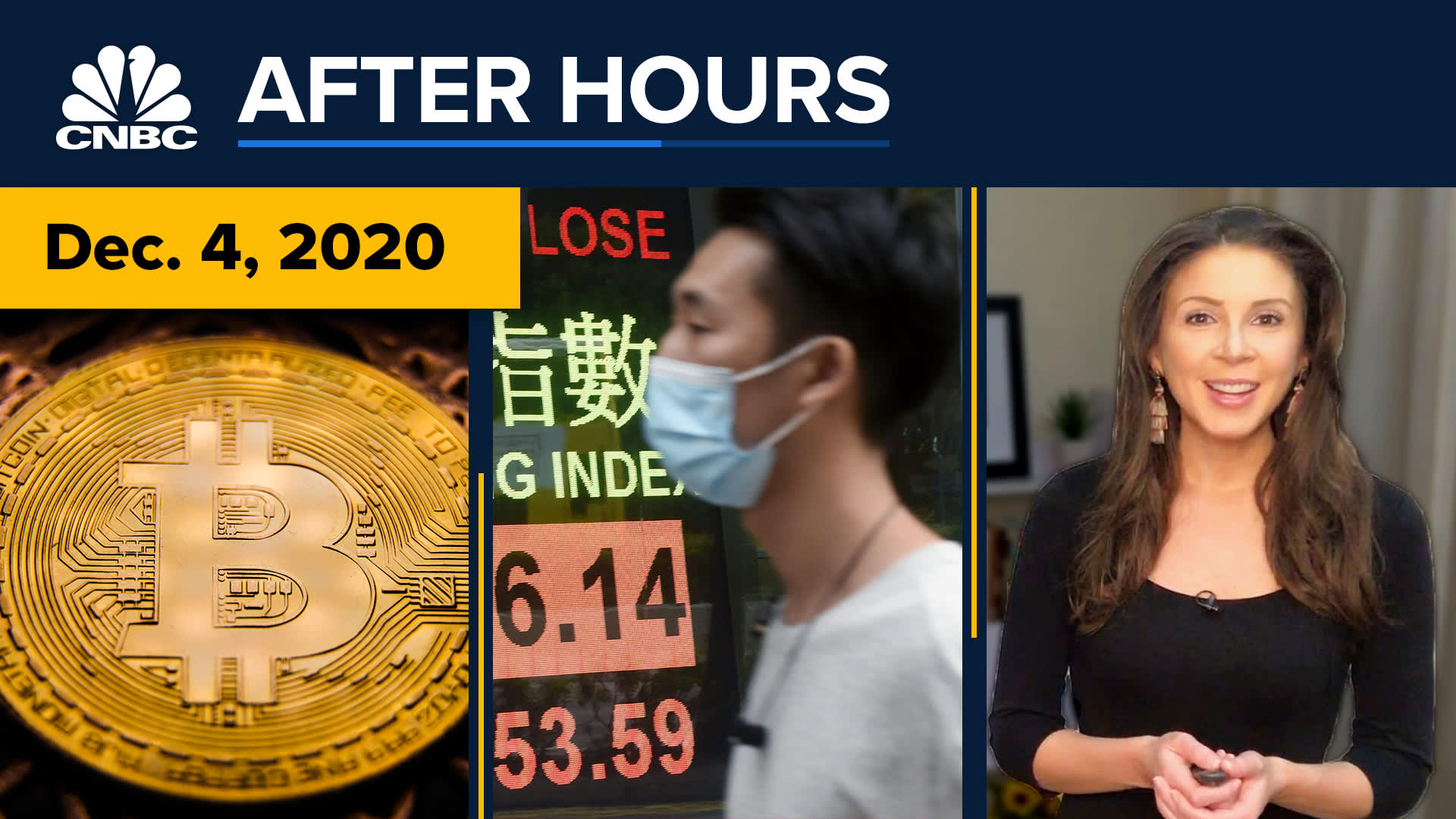 CNBC.com’s MacKenzie Sigalos brings you the day’s top business news headlines. On today’s show, we break down a potential new law that could force major Chinese companies like Alibaba to delist from U.S. stock exchanges. Plus, CNBC’s Sharon Epperson explains why anyone who tries to cash out on bitcoin’s record run in 2020 needs to let the IRS know about it.

Here’s what else is going on:

Nonfarm payrolls increased by just 245,000 in November, well below Wall Street estimates as rising coronavirus cases coincided with a considerable slowdown in hiring.

Economists surveyed by Dow Jones had been looking for 440,000 and the jobless rate to decrease to 6.7% from 6.9% in October.

The unemployment rate met expectations, though it fell along with a drop in the labor force participation rate to 61.5%. A more encompassing measure of joblessness edged lower to 12% while the number of Americans outside the labor force remains just above 100 million.

Tesla CEO Elon Musk put his California houses on the market this year while he was sparring with state lawmakers over Covid-19 restrictions. He’s simultaneously been expanding operations in Texas and cozying up to Republican Gov. Greg Abbott.

Now, several of his close friends and associates say that Musk has told them he’s planning to move to the Lone Star State. The people with knowledge of his plans asked not to be named because their conversations were private.

Musk, the world’s second-wealthiest person behind Amazon’s Jeff Bezos, is in Texas frequently already. He spends most of his time between Austin, where Tesla and his tunnel start-up Boring Company have operations, and a coastal village called Boca Chica, home to a SpaceX facility. SpaceX started operating in Texas in 2003.

Here’s how worried you should be about your stake in Alibaba, now that the U.S. is going after Chinese stocks

President Donald Trump has a bill on his desk that could kick several Chinese companies off of U.S. stock exchanges and inflame an already strained relationship between Washington and Beijing.

The Holding Foreign Companies Accountable Act would force companies to give up their listings on Wall Street if they refuse to open their books to U.S. accounting regulators. It could also bar them from raising money from American investors.

While the law technically applies to companies from any country, it’s mainly targeting Chinese corporations.