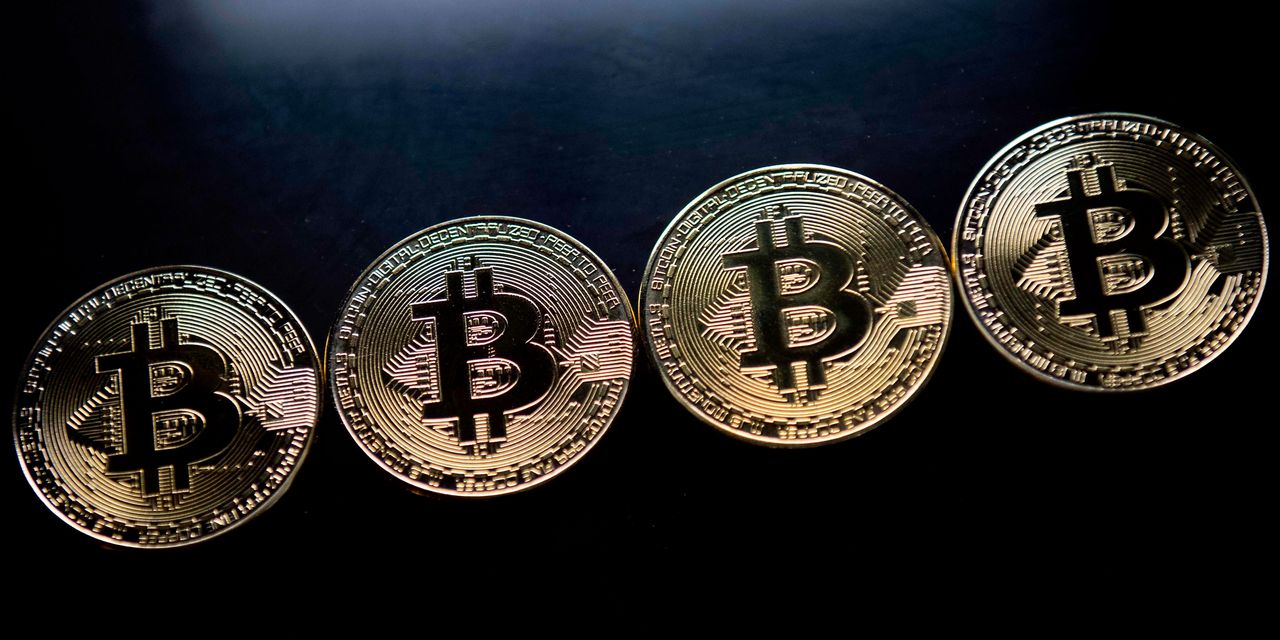 What does a weekend meltdown in bitcoin prices portend for U.S. stocks?

is supposed to be an asset that isn’t highly correlated with equity markets, or any other traditional asset for that matter, but some analysts have pointed out that the cryptocurrency has traded in closer step with parts of the market amid the recent turbulence in equities as investors attempt to assess the most effective strategies for playing an economy recovering from the worst pandemic in more than a century.

In a blog post on Sunday, Mott Capital’s Michael Kramer said that bitcoin’s recent breakdown could signal that risk appetite on Wall Street is in transition — presumably in a bearish direction.

Bitcoin prices are down 28% from a peak at $64,829.14 in mid-April, and Sunday’s trade was choppy for the world’s most prominent crypto after a tweet from digital-asset bull and Tesla Inc.
TSLA,

CEO Elon Musk was interpreted as a threat to unload the $1.5 billion investment in bitcoin that the electric-vehicle company announced back in February.

Check out: Rather than ‘Will cryptos drop to zero?’ investors should be asking this question instead, says strategist

Kramer made the case that the bullish sentiment that has been a recent feature of markets — even amid last week’s bout of volatility — could be downshifting, and that one aspect of the market that may be moving the most closely in line with bitcoin prices is small-capitalization stocks, like those in the Russell 2000 index
RUT,
.

The Russell 2000 closed Friday notching its largest weekly percentage decline since March 26, off 2.1%. It was a bruising week for stocks, generally, even if equities enjoyed a solid rally to end the five-day trading period that had been marked by unease about inflation in the middle of the week. The Dow Jones Industrial Average
DJIA,
,
S&P 500
SPX,

all logged their steepest weekly losses since Feb. 26 and the Nasdaq also booked its lengthiest weekly losing streak, four straight, since Aug. 23, 2019.

Read: ‘Jammed and distorted’: investors are wrestling with inflation that may test the Fed’s framework

Kramer said “bitcoin is melting,” and added that it is possible that the asset may have further room to fall.

A few technical analysts see bitcoin potentially hitting $42,000. Katie Stockton, market technician and founder of Fairlead Strategies, said that support sits around that area for the coin, which touched a weekend nadir of just above $43,800.

So what does that all mean for stocks? It’s hard to say.

Tom Lee, founder of Fundstrat Global Advisors, is forecasting the S&P 500 to rise another 7% to 8% from current levels and he is maintaining his target for the broad-market benchmark at 4,400.

Lee said that markets attempt to “crash” last week failed, and he saw parallels between last year’s slump and this current period, which he blamed, at least partly, on readjustments tied to taxes, the deadlines for which were extended to May 17.

“In other words, the market could not muster enough panic to push further downside,” wrote Lee.

“Instead, we saw a strong rally in the second half of the week. We believe this rally will carry over into this week. In fact, we think that stocks are still on track to make new highs before June 30th,” he forecast.