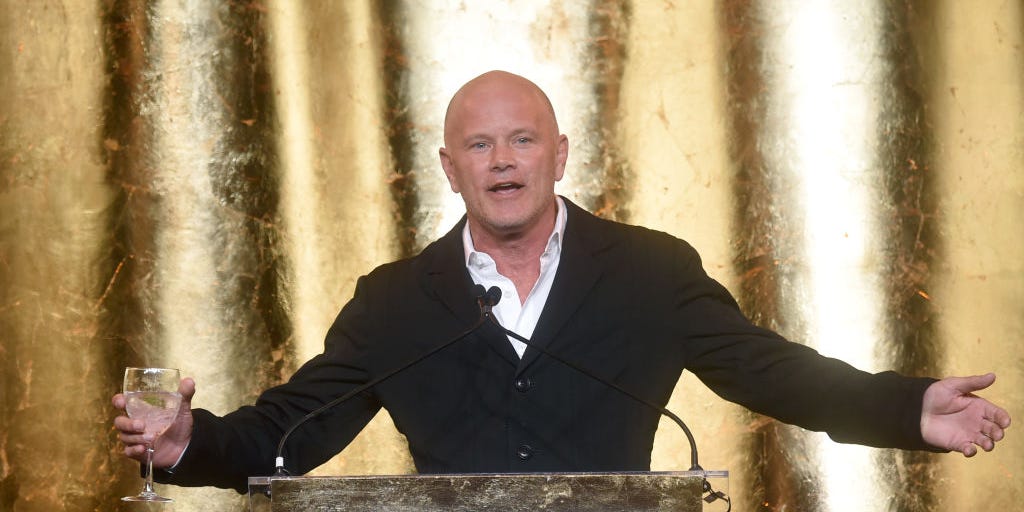 Bitcoin is like “digital gold” and won’t be used in the same way as traditional currency for at least the next five years, billionaire investor Mike Novogratz told Bloomberg on Friday.

“I don’t think Bitcoin is going to be used as a transactional currency anytime in the next five years,” the bitcoin bull said in an interview with Bloomberg TV and Radio. “Bitcoin is being used as a store of value.”

Bitcoin is still a relatively small asset class, mostly favored by millennial investors who aren’t as influential in the financial markets yet, as the older generations that have typically opted for physical gold as a store of wealth.

Novogratz, who has long favored the widespread adoption of digital currencies, believes that while Bitcoin could see further upside, it will not be used for daily transactions anytime soon.

Read more: BANK OF AMERICA: Buy these 11 under-owned stocks ahead of their earnings reports because they’re the most likely candidates to beat expectations in the weeks ahead

“Bitcoin as a gold, as digital gold, is just going to keep going higher,” the former hedge-fund manager said. “More and more people are going to want it as some portion of their portfolio.”

Bitcoin has surged over 14% in the last week, hitting $13,169 on Monday. The rally was sharply driven by US digital payments firm PayPal announcing that it would allow customers to buy and hold cryptocurrencies.

The size of the cryptocurrency market has grown to around $397.9 billion, from around $195 billion at the start of the year, according to CoinMarketCap.com. Bitcoin is, by far, the largest digital coin in circulation, with a market cap of $244 billion and accounts for around 61% of the total market.

Novogratz said PayPal’s decision last week was “the biggest news of the year in crypto.”

He expects all banks to catch up in the race to service crypto products. Companies including E*Trade Financial, Visa, Mastercard, and American Express can be expected to follow suit “within a year,” he told Bloomberg.

“It’s no longer a debate if crypto is a thing, if Bitcoin is an asset, if the blockchain is going to be part of the financial infrastructure,” he said. “It’s not if, it’s when, and so every single company has to have a plan now.”

Read More: ‘The road to financial implosion’: A notorious market bear says the Fed has set the stage for a 67% stock plunge – and warns of zero-to-negative returns over the next 12 years

The History of Bitcoin | WTOP