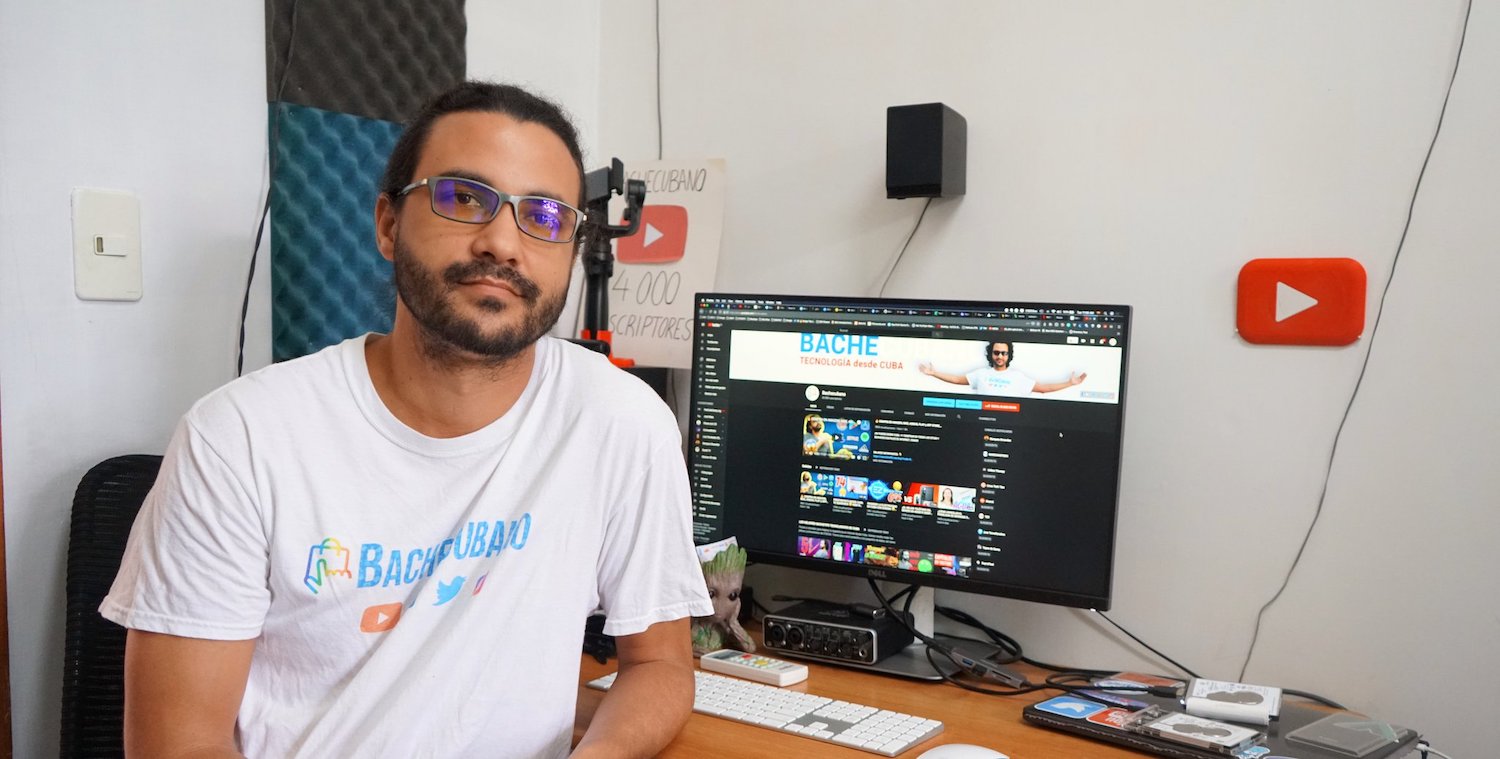 It’s hard to participate in the influencer economy from Cuba, but YouTuber Erich García Cruz is making it work.

“We do not have access to Visa cards or Mastercard products because of the embargo,” Cruz explained. “We are monetized through YouTube.”

Bitcoin is one of many tools he uses to turn those dollar earnings, in foreign bank accounts, into rent and grocery money in Cuba. Most of the freelancers around the world using bitcoin as borderless money appear to be programmers or other types of technical workers. However, Cruz is among the slowly growing number of content creators relying on bitcoin as well.

Cruz monetized his tech-centric YouTube channel back in November 2019 and started working with bitcoin around July 2020, inspired by tales from local friends. It’s harder to move around and do business outside these days, in Cuba as it is everywhere. Meanwhile, Cruz said more people in the local tech community are learning about bitcoin.

“Thousands of Cubans buy cards at Bitrefill to consume those digital services by paying with cryptocurrencies. There is no other way,” Cruz said.

It’s impossible to say definitively how many people in Cuba use bitcoin. Brazil-based Cuban expat Claudia Rodriguez said her exchange served nearly 7,000 Cuban user accounts by November 2019. As of August 2020, she said the exchange’s operations there stopped for legal reasons, including a lack of regulatory clarity from the Central Bank of Cuba.

“Due to the economic crisis caused by the pandemic and the new restrictions in Cuba, cryptocurrencies can be an efficient solution,” Rodriguez said. “It is a shame that we cannot continue to support the community at this time.”

Regardless, Cruz estimated there are now roughly 50,000 Cuban bitcoin users in this socialist nation of roughly 11.3 million people. He, like many Cubans sanctioned by the U.S., doesn’t acquire bitcoin through exchanges. Instead, Cruz earns his money abroad, with the help of a relative. The relative may send Cruz bitcoin as remittances or other forms of money as well.

“The money earned in Cuba is exchanged in the informal market to later buy [goods] in state-run or private stores,” Cruz said. “There’s Cubans even making money with [both crypto and fiat] trading.”

Cruz said his reliance on bitcoin swiftly went from 10% of his earnings to now a third of his household income.

Looking for products and services to manage his newfound crypto showed him there’s an opportunity for his YouTube channel to monetize Spanish-language crypto content.

“I realized that all these [crypto] platforms are simply pyramid schemes and scams that take advantage of ignorance,” Cruz said. “That is why I considered addressing those issues on [my] Bachecubano channel, to offer our correct point of view on how to use them.”

Cruz is now one of a small and widely dispersed group of Latin American influencers who use bitcoin as a tool for their daily work.

Read more: ‘Crypto Instagram’ Is Becoming a Thing, Scams and All

Fabiano Dias, vice president of business development at the startup Bitwage, said a couple of Latin American YouTubers now use bitcoin as an international payments tool.

“We also serve YouTube streamers, which are few in numbers but large in volumes. It’s up to $20,000 a month for some of them,” Dias said, adding they are a minority among hundreds of monthly users from the tech industry.

Overall, Dias said Bitwage facilitated $2 million worth of transactions in July 2020, including work with companies like Paxful, half of which was in bitcoin. Dozens of YouTubers rely on Bitwage for fiat money management, especially in Argentina and Brazil. A couple of them use it for acquiring bitcoin as well.

As for Cruz in Cuba, he described the local crypto scene as “growing and gaining strength” throughout 2020.

“It’s a solution,” he said. “A pretty effective solution.”

Disclosure
The leader in blockchain news, CoinDesk is a media outlet that strives for the highest journalistic standards and abides by a strict set of editorial policies. CoinDesk is an independent operating subsidiary of Digital Currency Group, which invests in cryptocurrencies and blockchain startups.
(Excerpt) Read more Here | 2020-08-21 03:01:24
Image credit: source

Bitcoin SV now is available for trading against euros at a...