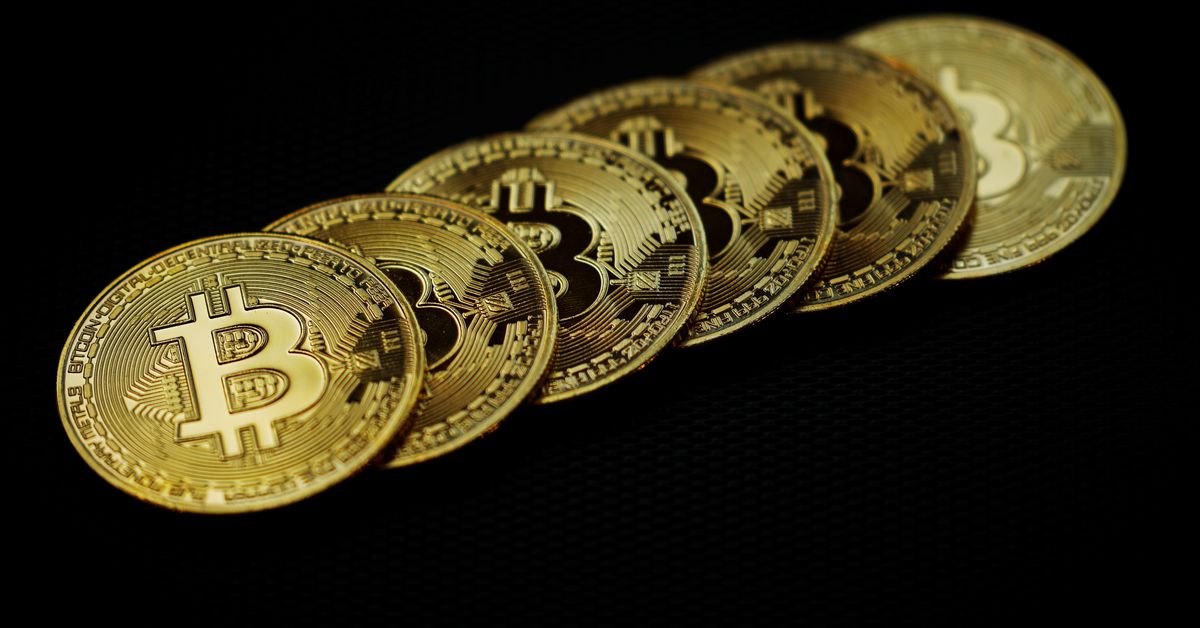 Representations of the Bitcoin cryptocurrency are seen in this picture illustration taken June 7, 2021. REUTERS/Edgar Su/Illustration

Bitcoin fell to a three-week low on Tuesday amid signs of institutional investor caution, while the head of the U.S. Internal Revenue Service called for lawmakers to provide authority for tighter reporting rules on crypto transfers.

IRS chief Charles Rettig said on Tuesday that Congress needs to provide clear statutory authority for the tax agency to collect information on cryptocurrency transfers valued at over $10,000 that largely go unreported.

Rettig said before the Senate Finance Committee that cryptocurrency market capitalization is over $2 trillion, with more than 8,600 exchanges worldwide. “By design, most crypto virtual currencies are designed to stay off the radar screen, so we will be challenged right now.” read more

Earlier a spokesperson for British fund manager Ruffer Investment Management confirmed that it exited its bitcoin bet in April with a $1.1 billion profit amid worries over risk after quick gains in the cryptocurrency’s price.

Ruffer made its bitcoin bet in November, in what was then one of the largest signals of rising institutional interest in the digital currency. By mid-December it was worth around 550 million pounds ($745 million).

“Long term, we remain interested in digital assets and the role they can play in real wealth preservation,” the spokesperson said. “In the short term, following the sharp increase in the bitcoin price, we felt bitcoin was exhibiting more risk.”

Ruffer’s bitcoin profit was first reported by The Sunday Times.

The cryptocurrency has slumped by half since hitting a record of almost $65,000 in April.