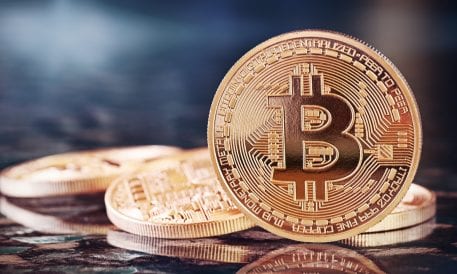 The announcement did not specify the regulations, but it did note that the approach will ensure that the CBDC meets “the same minimum standards we expect of other payment methods.”

“New technologies such as stablecoins — privately-issued digital currencies — could transform the way people store and exchange their money, making payments cheaper and faster,” the release stated.

Sunak announced the measures while outlining other proposals for the U.K.’s green finance and sustainable finance initiatives.

Meanwhile, Lebanon Governor Riad Salameh announced that the country will be introducing a CBDC next year, to “restore confidence,” reported Bloomberg.

In other news, Securities and Exchange Commission (SEC) member Hester Peirce expressed hope that securities regulations concerning cryptocurrencies will speed up to match the speed of financial technology innovation.

“Regulators are slow, and there’s a reason we’re slow,” she said, speaking at CoinDesk’s Bitcoin for Advisors event. “We need to have [a] process in place so that we make sure when we’re changing rules people have notice that we’re thinking about changing a rule and they can comment.”

Peirce defended the slow pace for many securities regulations, but not when they limit new technologies from being used. Areas like those involving digital asset service providers are complex, as multiple regulatory authorities are involved in oversight.

“There are circumstances where we have a framework at the SEC that was built in the 1930s and 1940s and added on over time,” she said. “Certainly, now that we’re seeing what’s happening in the crypto space, for example, there are areas we are going to have to make adjustments, and I do think we should move faster … I’m impatient there.”

The exchange has increased regulatory rules over the past two years, requiring customers to reveal their identities in 2018. Zcash and dash are privacy optional.

The PYMNTS Cross-Border Merchant Friction Index analyzes the key friction points experienced by consumers browsing, shopping and paying for purchases on global eCommerce sites. The report examines the checkout processes of 260 EU and U.S.-based B2B and B2C eCommerce sites from across 12 industries and highlights the key traits that can help merchants enhance their checkout experiences.

Jack Dorsey is tweeting about his love of bitcoin: ‘Bitcoin is...