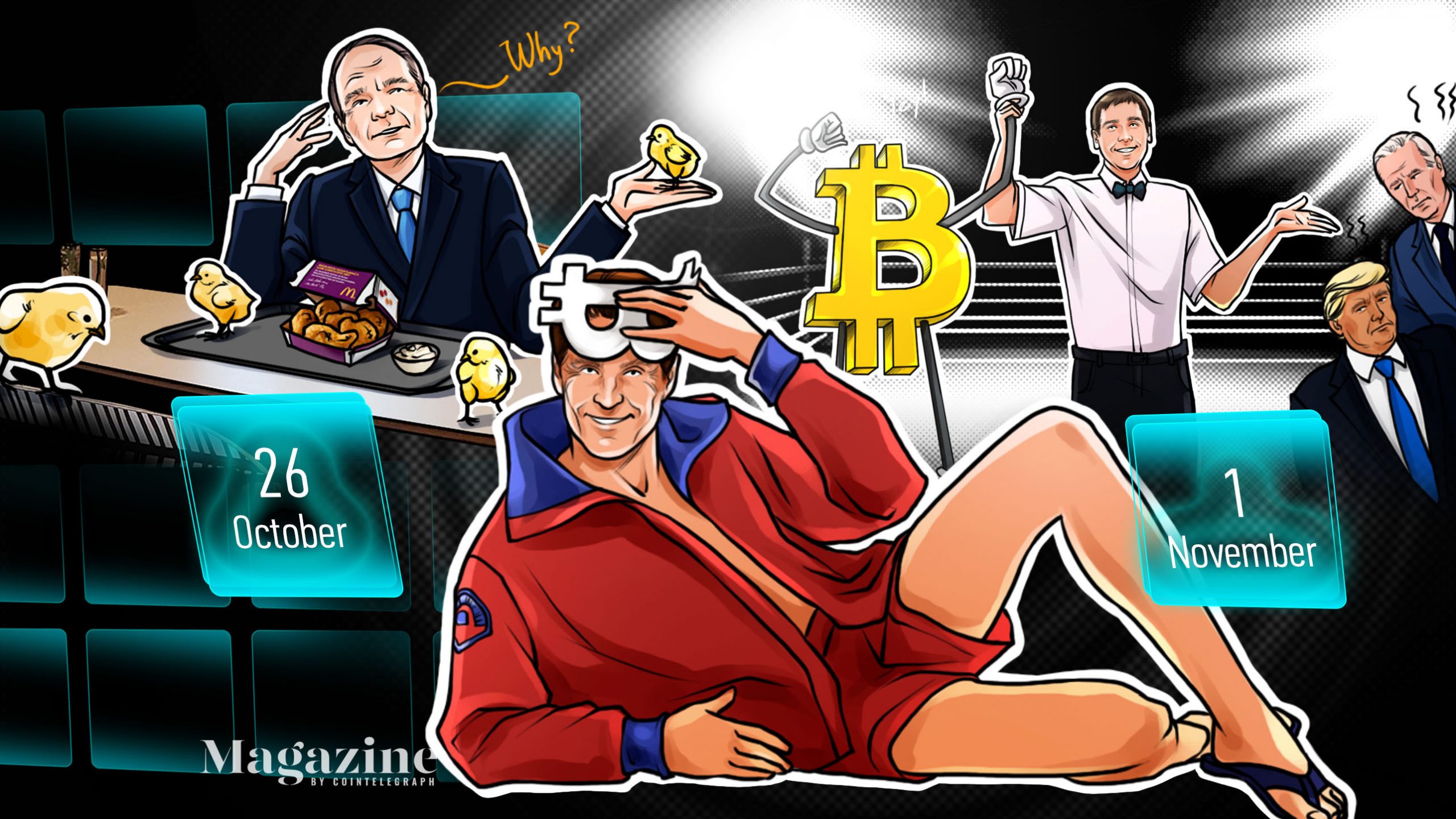 Coming every Sunday, Hodler’s Digest will help you track every single important news story that happened this week. The best (and worst) quotes, adoption and regulation highlights, leading coins, predictions and much more — a week on Cointelegraph in one link.

On Oct. 31, 2008, Satoshi Nakamoto released a white paper setting out his vision for Bitcoin.

Fast forward 12 years, and BTC has hit $14,000 for the first time since January 2018 — a rally fueled by institutional investors. Bitcoin’s monthly candle also closed above $13,000, indicating a technical breakout.

The question now is this: What’s going to happen next?

It seems like the likelihood of a new bull cycle is heavily increasing, as the price of Bitcoin continues to make new higher highs and higher lows. Crucial levels to watch include the current resistance zone surrounding the $14,000 threshold.

Breaking through this level would initiate further strength to the next threshold around $16,500–$17,000. “These two levels are the final hurdles before a possible new all-time high,” Cointelegraph analyst Michaël van de Poppe said, adding that current market behavior is comparable to the cycle seen in 2016.

Overall, the crypto market cap has managed to edge above $400 billion at the time of writing, and according to a survey by Grayscale Investments, 39% of U.S. consumers say they find BTC more appealing in light of the COVID-19 pandemic.

Alas, not everyone is convinced. One of them is Ajay Banga, the CEO of Mastercard.

Speaking at the Fortune Global Forum conference, he said he is deeply skeptical about cryptocurrencies and far more enthusiastic about central bank digital currencies.

He said: “Can you imagine someone who is financially excluded, trading in a way to get included through a currency that could cost the equivalent of two Coca-Cola bottles today and 21 tomorrow? That’s not a way to get them [included]. That’s a way to make them scared of the financial system.”

This week, a senior executive at the People’s Bank of China said its new digital asset will be compatible with major mobile payment wallets such as WeChat Pay and Alipay.

Mu Changchun also stressed that the CBDC is not designed to compete with these companies, adding: “They don’t belong to the same dimension. WeChat and Alipay are wallets, while the digital yuan is the money in the wallet.”

This appears to be a U-turn from earlier reports that suggested Beijing intends its digital currency to serve as an alternative to these hugely popular platforms. Together, WeChat Pay and Alipay have 94% of China’s market cornered.

In other developments, Huawei announced that its upcoming Mate40 smartphone series will include an integrated hardware wallet for the digital yuan — the first smartphone to do so. The tech giant said users will be able to protect their anonymity and complete offline transactions, enabling the transfer of funds with friends and family by touching their devices together.

There was a buzz this week after Uniswap held its second-ever governance proposal. If approved, it would have seen 12,619 wallet addresses that interacted with Uniswap via a proxy contract receive 400 UNI tokens each.

The treasure chest of 5.05 million UNI would have been distributed among users of MyEtherWallet, Argent, Dharma, DeFi Saver and others. Dharma had put forward the proposal, claiming its users felt “left out” by the initial distribution of 150 million UNI.

Final results show that voters were overwhelmingly in favor of the measures: 37,555,068 voted for the airdrop, and just 1,280,632 voted against. Despite this, the proposal was defeated because it fell 1.1 million votes short of a quorum. The same thing happened with Uniswap’s first governance vote.

The airdrop would have been worth $908 at the time of writing, substantially less than the cash value of the first airdrop seen in September.

Indian bank to offer crypto services across its 34 branches

An Indian bank has announced plans to offer crypto banking services online and across its 34 physical branches in the country’s north.

The United Multistate Credit Cooperative Society has teamed up with Cashaa for the new service, which comes amid India’s uncertain crypto regulations.

While the Supreme Court of India took down the crypto banking ban put in place by the Reserve Bank of India in March, most banks are still skeptical of providing services to crypto companies and individuals dealing in digital currencies.

The new venture — called Unicas — will allow United account holders to integrate cryptocurrency wallets directly with their accounts. Customers will also be able to directly buy Bitcoin, Ether, XRP and Cashaa, and they’ll be able to take out loans against cryptocurrencies if they so wish.

For more info on crypto prices, make sure to read Cointelegraph’s market analysis.

“Bitcoin has held above $10,000 for over 90 days now, currently ~30% higher than this key level. This is the longest period in its history.”

“The majority of the investors definitely want to see a straight line toward $200,000, but that’s simply not happening.”

“Although this guidance has been coming out over the last year and we’ve seen enforcement, the IRS really hasn’t understood crypto.”

“Interest is on the rise: More than half of U.S. investors are interested in investing in Bitcoin.”

“If another country has one and we don’t, that could certainly create some problems. So we want to make sure we’re ready. Currencies move across borders, and so we certainly wouldn’t want to be surprised by some other country.”

“Bought $100 in BTC on @PayPal! Great milestone for the market!”

“We [need] to prevent dollarization. This is one of the major designing points of the Chinese DCEP.”

“Can you imagine someone who is financially excluded trading in a way to get included through a currency that could cost the equivalent of two Coca-Cola bottles today and 21 tomorrow? That’s not a way to get them [included]. That’s a way to make them scared of the financial system.”

“On a risk-adjusted basis, BTC is an easier bet today than it has ever been. It’s being de-risked daily.”

“We haven’t made any decision on whether or not to launch a retail CBDC. But we are exploring the pros and cons with interest.”

“Digital currency could create value and we should think about how to establish a new type of financial system through digital currency.”

“Cash, or government-printed money also called fiat, is actually becoming worthless, while Bitcoin’s value remains constant. There will never be less fiat printed than is now. Cash is only going to get more and more worthless.”

Prediction of the Week

Anthony Pompliano has claimed that Bitcoin “could not be more uncorrelated” with the stock market — and says the world’s biggest cryptocurrency is leaving macro assets behind.

The Morgan Creek Digital co-founder also rejected critics’ claims that Bitcoin is a poor store of value, writing: “So how did Bitcoin do during an economic downturn? It outperformed stocks, bonds, gold, oil, and pretty much everything else.”

As Cointelegraph reported, a consensus has been building that Bitcoin is not only abandoning its correlation with stocks. Last week, crypto statistician Willy Woo tweeted: “The decoupling is upon us.”

Unfortunately, we might not be there just yet. On Oct. 30, the price of Bitcoin abruptly dropped by 4% from the day’s peak as sell-offs on Wall Street intensified — fueled by uncertainty about the U.S. presidential election.

FUD of the Week

The website for Donald Trump’s re-election campaign was taken over by hackers this week.

The scammers managed to replace donaldjtrump.com’s usual campaign rhetoric with a page spoofing the FBI and declaring: “This site has been seized.”

The attackers went on to claim that they have obtained “strictly classified information” and encouraged people to make donations to two Monero wallets if they wanted this data to be released.

It was even claimed that the hackers had proof that Trump’s administration “is involved in the origin of the coronavirus.”

The communication director for the president’s campaign, Tim Murtaugh, said: “There was no exposure to sensitive data because none of it is actually stored on the site. The website has been restored.”

An expert has told Cointelegraph that crypto enthusiasts in the U.S. need to have greater awareness of their obligations come tax season.

Wendy Walker, solution principal at the tax compliance company Sovos, described reporting as the most important aspect of tax filing.

“Even if you don’t owe income taxes, you still have to report details of the transactions,” she explained.

Walker added that the IRS has some catching up to do when it comes to regulating this space, warning: “Although this guidance has been coming out over the last year, and we’ve seen enforcement, the IRS really hasn’t understood crypto.”

In other developments this week, Gemini — the exchange founded by the Winklevoss twins — said it is partnering with a tax compliance firm to ensure its users can count their crypto taxes in real time, as well as reduce their liabilities.

As the U.S. stock market enters earnings season, analysts explain how Bitcoin could perform after earnings and the presidential election.

Gotta collect ‘em all: An overview of NFT marketplaces

As NFTs gain traction, here are some of the top marketplaces for finding NFTs, as well as the future outlook of this industry. 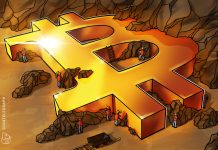 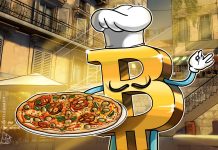 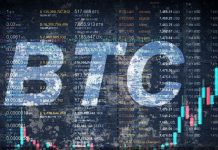 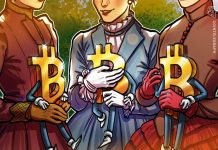 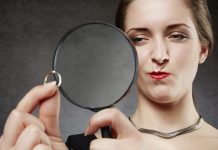 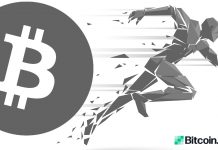 ARK Invest and Bitcoin SV: Is Cathie Woods missing out? –...