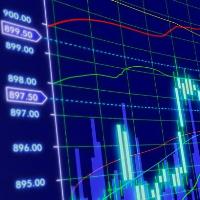 After the correction, the flagship digital coin continues to recover in price and at 13:30 traded at $55.1K. On February 28, the price of Bitcoin fell to a local low of $43.5K. This happened after the cryptocurrency reached a historic high at $58.3K on February
21. Volatility in quotations are accompanied by various statements of media personalities about Bitcoin.

Tim Bond, a partner and portfolio manager at Odey Asset Management, called Bitcoin “disgusting”, “meaningless” and “damaging to the environment.”

“If Bitcoin starts to displace fiat currencies, governments’ ability to tax, spend and redistribute will be severely impaired,” Bond explained.

Norwegian billionaire Kjell Inge Rokke and his oil company Akar ASA invested $58 mln in Bitcoin. In his letter to shareholders, Rokke announced the creation of a new division of Seetee AS, which will research the potential of the main digital coin. The businessman
called Bitcoin “the new core of the financial system”.

Rokke expressed confidence that the success of Bitcoin is ” almost inevitable”. In his opinion, the question is not if it will happen, but when it will happen.

The head of the Bank of Korea, Lee Ju-yeol, believes that the rally in Bitcoin quotes is a temporary effect caused by the interest in the main digital coin from big investors. According to him, fluctuations in the quotations of crypto assets will continue,
and high volatility will not allow digital coins to become a full-fledged payment instrument.

“There is no intrinsic value in crypto assets. It is very difficult to predict the price, but its price will be extremely volatile, ” said the head of the Bank of Korea.

The CEO of Kraken Jesse Powell predicted that in the next ten years, the value of Bitcoin will grow to $1 mln. According to him, the first cryptocurrency “tends to infinity”, because people change their attitude to it. Now the main digital coin is considered
as an asset that helps to preserve savings and protect them from risks. Powell did not exclude that in the future, humanity will begin to calculate all prices in Bitcoins, not dollars.

Canadian investor and TV personality Kevin O’Leary predicted Bitcoin’s market capitalization of $20 trillion. In his opinion, in the future, Bitcoin will become a stable financial instrument, since the cryptocurrency will be included in many investment portfolios
for protection against risks. The investor noted that the price of Bitcoin at $100K does not seem crazy to him.

Prior to this, O’Leary announced plans to invest 3% of his portfolio in Bitcoin. It is noteworthy that the investor was not able to determine what Bitcoin is. According to him, a cryptocurrency can be at the same time an asset, a property, and a payment instrument.